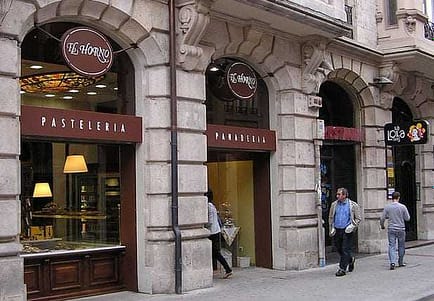 The Spanish Interprofessional orga­ni­za­tion of olive oil has recently com­menced a cam­paign in 1,500 Spanish bak­eries as part of its European pro­gram for pro­mo­tion of olive oil. The cam­paign, which was launched last Wednesday, has the objec­tive of reach­ing over one mil­lion peo­ple both in Spain and in through­out Europe.

The bak­ery cam­paign will last for two months and will take place in twenty-one Spanish cities with over 50,000 inhab­i­tants, includ­ing Barcelona, Tarragona, Valladolid, Bilbao, Girona, Oviedo and Santander. As bread and olive oil go hand in hand as part of a Mediterranean diet, bak­eries were deemed appro­pri­ate part­ners for pro­mo­tion.

Consumers will have the oppor­tu­nity to enter to win one of 100 sup­plies of olive oil for a year, in addi­tion to books about olive oil. This prize draw­ing is a new addi­tion to the cam­paign, although pro­mo­tion on paper bags, posters and pam­phlets in bak­eries has been used in pre­vi­ous cam­paigns.

The com­pe­ti­tion will be open from April 25th until June 30th and can be entered via SMS, mail, or the web­site for European olive oil pro­mo­tion. The cam­paign will also involve work­shops, cook­ing, sto­ry­telling and a wide range of mer­chan­dise on offer to par­tic­i­pants.

The European cam­paign tour, which started in October 2009, will reach Paris by June 8. In this area the pro­mo­tion will be focused on the health ben­e­fits of olive oil and its diverse uses. The slo­gan ​“Everything improves with olive oil, includ­ing you” will be the pro­mo­tional mes­sage of this sec­tion of the tour. After this the tour will move to the UK to par­tic­i­pate in the ​“Taste of London” and ​“Taste of Edinburgh” events.

During the route through France and the UK, books will be dis­trib­uted and draw­ings for trips to olive oil pro­duc­ing regions will be held. An inter­net space will also be set up for more in-depth infor­ma­tion.

The orga­ni­za­tion has also announced that it is work­ing on the pro­duc­tion of a children’s tele­vi­sion series, due to air in 2013 , in col­lab­o­ra­tion with the pro­duc­tion ​“Lazy Town.” It is hoped that the series, which will fea­ture both actors and pup­pets, will not only be seen by Spanish view­ers, but also by those in other European coun­tries.

Organization man­ager for the Interprofessional, Theresa Perez, has sug­gested that future pro­mo­tions will be focused on a reduced num­ber of coun­tries, most likely Chinese and US mar­kets, but that cam­paigns would have a greater inten­sity.

The 2012 cam­paign as a whole has a cost of about 5 mil­lion Euros, of which ini­tia­tives in Spain receive more than 40 per­cent. 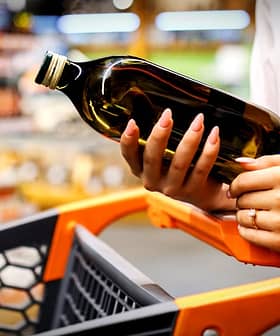 A senior official at Assitol said the law is needed to protect small producers and growers from unsustainable business practices.

Brussels Approves Plan to Use Treated Wastewater for Irrigation

Brussels has published new guidelines paving the way for the widespread use of treated urban wastewater in agriculture.

Consumers and environmental associations advocate retail sales of olive oil in bulk in the E.U. as a more environmental-friendly practice. Fedolive strongly disagrees.