Over the last decade, Portugal has quadru­pled its pro­duc­tion of olive oil and tripled its vol­ume of exports.

The fig­ures rep­re­sent a rad­i­cal shift in the country’s olive oil indus­try, effec­tively bring­ing an end to its olive oil imports and mak­ing it the fourth-largest exporter of the liq­uid gold.

In 2016, Portugal became the sev­enth-largest olive oil pro­ducer and the fourth-largest olive oil export­ing coun­try, ​“reach­ing 434 mil­lion euros,” Vieira empha­sized. The country’s suc­cess was due, in large part, to a com­bi­na­tion of fac­tors which altered the land­scape of the indus­try.

New fields of irri­ga­tion were delin­eated, espe­cially in the Alqueva region, and invest­ments in inno­v­a­tive tech­nolo­gies soon fol­lowed. Once pro­duc­tive struc­tures received an upgrade, Portugal’s olive oil indus­try, led by the south-cen­tral and south­ern region of Alentejo, soared to new heights.

The new real­ity led Vieira to believe that ​“olive oil pro­duc­tion could reach 120,000 tons by 2020, largely as a result of the intro­duc­tion of new olive groves.” The coun­try’s pro­duc­tion in 1990 was 20,000 tons mean­ing, if Vieira’s esti­mate proves accu­rate, Portugal will have increased pro­duc­tion six-fold in 30 years.

Investment poli­cies in the sec­tor have played a key role in Portugal’s emer­gence as a major olive oil pro­ducer and exporter. Between 2007 and 2014, the Rural Development Program (PRODER) pro­vided sup­port to some 4,000 invest­ment projects amount­ing to €700 mil­lion ($769 mil­lion).

The num­bers described, after a period of stag­na­tion and lack of invest­ment in the agri­cul­tural sec­tor, are clear evi­dence in Portugal’s restruc­tur­ing of a vital indus­try. And olive oil pro­duc­tion has been at the fore­front of the chang­ing tide. 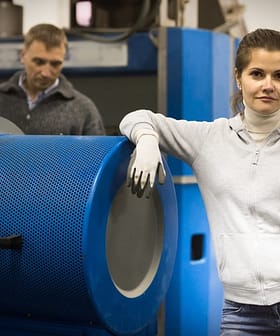 A study from the University of Jaén shows that traditional olive groves directly combat climate change and cause far less environmental damage than intensive cultivation methods.

The funds will come from a combination of national and European schemes to help improve infrastructure, technology and knowledge.