Spanish olive oil exports to the United States have dropped by 39 per­cent in the first half of 2020, newly ana­lyzed data from the Association of Young Farmers (Asaja) shows.

The announce­ment came as the United States Trade Representative has opted to keep its 25-per­cent tar­iff on some pack­aged Spanish olive oil imports in place.

Spanish farmer and exporter asso­ci­a­tions have both blamed the tar­iffs, which came into force in October 2019, as the main rea­son for the sharp drop.

“As long as this issue is not resolved in accor­dance with the cri­te­ria of the WTO [World Trade Organization] rul­ing, the nego­ti­a­tions will never bear fruit in the elim­i­na­tion of tar­iffs that seri­ously harm Spanish agri-food prod­ucts and, par­tic­u­larly, the Spanish olive oil sec­tor,” the Spanish Association of Olive Oil Exporting, Industry and Commerce (Asoliva) wrote in a state­ment.

“[The sec­tor] faces mil­lions in losses as it is de facto expelled from the American mar­ket for the ben­e­fit of com­pet­ing coun­tries within the E.U. such as Italy, Greece and Portugal,” the trade asso­ci­a­tion added.

Overall, Spanish olive oil exports to the U.S. reached 41,727 tons in the first half of the year. By com­par­i­son, Spain has shipped an aver­age of 112,000 tons of olive oil to the U.S. in each of the past three years.

As a result of shrink­ing U.S. demand, many of Spain’s pro­duc­ers and exporters have begun to look for new mar­kets.

According to the same data ana­lyzed by Asaja, exports to Canada jumped by 111 per­cent in the first six months of 2020, com­pared with the year before. Additionally, Spanish olive oil sales in Australia and Brazil grew by 63 per­cent and 15 per­cent, respec­tively.

This polyculture system brings several benefits to the olive grove in a context of sustainability and resilience to extreme weather. 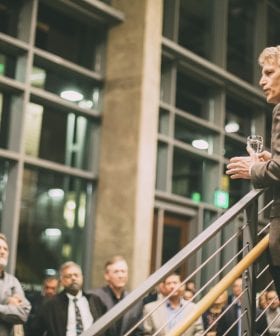 Dan Flynn has announced he will resign as the executive director of the UC Davis Olive Center. His successor’s main challenge will be expanding the center’s financial base. 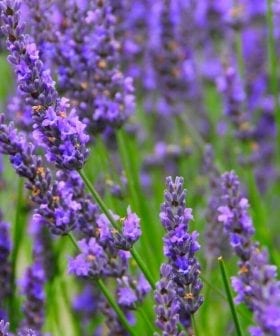 Lavandin is the most recent crop being planted in Andalusia to help prevent erosion, promote biodiversity and provide farmers with supplemental income.