According to the Institute of Services for the Agricultural and Food Market’s (Ismea) lat­est report, agri-food exports grew nearly 18 per­cent in the first seven months of 2022 com­pared to the pre­vi­ous year.

Despite sig­nif­i­cant set­backs for farm­ers across Italy, but espe­cially in the fer­tile Po Valley, sun­flower oil, refined palm oil and extra vir­gin olive oil exports expe­ri­enced sig­nif­i­cant growth in value, along with cere­als, milk and wine.

Increased olive and veg­etable oil exports have largely been attrib­uted to sun­flower oil short­ages sparked by the war in Ukraine.

Ismea said trade fig­ures are also affected by the Euro’s depre­ci­a­tion against the dol­lar, which makes it cheaper for inter­na­tional buy­ers to import Italian and European goods.

However, a weaker Euro means agri-food imports also cost more for Italian shop­pers. As a result, Ismea esti­mated that Italy would return to a slight agri­cul­tural trade deficit, as imports rose 29 per­cent to reach €34.9 bil­lion.

Similar to the sit­u­a­tion in Spain, olive oil exports have helped fuel the rise in exports by value, even as vol­umes slipped. Additionally, ris­ing olive oil prices across Europe con­tributed to the increase in export val­ues.

Shipments to the United States grew by 15 per­cent in value in the first seven months of the year, ris­ing to €232 mil­lion. However, extra vir­gin olive oil vol­umes exported to the U.S. decreased by 1 per­cent in the same period.

In the first part of 2023, over­all Italian agri-food exports to the U.S. rose nearly 21 per­cent to €3.3 bil­lion, mak­ing the U.S. the sec­ond largest mar­ket for agri-food exporters after Germany.

Slightly more than 57 per­cent of all Italian agri-food exports go to, and 69 per­cent of imports come from other European Union mem­ber states.

For exam­ple, ship­ments from Spain grew 30 per­cent in value In the first seven months of 2022, exceed­ing €556 mil­lion. Still, import vol­umes in the same period dropped 7 per­cent. 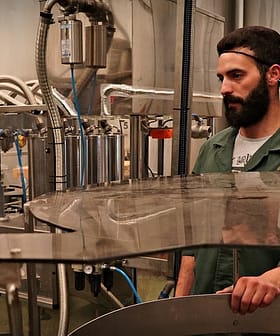 Production and exports are expected to surge in Spain and Portugal. Italy will see modest production gains and fewer imports. Production in Greece is projected to fall.