Brazil's Ministry of Agriculture, Livestock and Farming reported that sixty-four percent of olive oil analyzed in the last two years did not meet the quality standards required by their labeling.

An inves­ti­ga­tion by Brazil’s Ministry of Agriculture, Livestock and Farming’s (MAP) revealed wide­spread mis­la­bel­ing of olive oil prod­ucts being sold in the coun­try where olive oil con­sump­tion has risen sharply in recent years.

The MAP report con­firmed that 45 brands of olive oil, out of 140 ana­lyzed in the last two years, did not meet the qual­ity required by their label­ing.

The high­est inci­dences of olive oil fraud occurred in São Paulo, Paraná, Santa Catarina and the Federal District; areas with large num­bers of pack­ag­ing com­pa­nies. Fraud was rife among bot­tlers who import olive oil in bulk, mainly from Argentina.

The inves­ti­ga­tion exposed com­pa­nies in Paraná that had mar­keted ​“olive oil” which was com­posed of 85 per­cent soy­bean oil and 15 per­cent lam­pante oil, a grade not fit for human con­sump­tion until it is fur­ther refined.

The sub­stan­dard olive oil was seized and the fraud­sters were reported to the Public Ministry. A police inves­ti­ga­tion will be launched, with offend­ers fac­ing fines of up to $170,000.

Brazil’s clamp down on fake olive oil was stepped up this month. MAP tar­geted and col­lected sam­ples from com­pa­nies that have shown irreg­u­lar­i­ties over the past two years. In the first week of April, 243,000 liters of sus­pect olive oil were col­lected for analy­sis.

According to Luis Rangel, the sec­re­tary of agri­cul­ture and live­stock at Map, the results revealed the effi­ciency of the author­i­ties in iden­ti­fy­ing irreg­u­lar­i­ties and their com­mit­ment to pre­vent­ing sub­stan­dard olive oil from reach­ing con­sumers.

The olive oil was ana­lyzed by the National Agricultural and Livestock Laboratories (LANAGRO) of Rio Grande do Sul and Goiás.

The Ministry advised con­sumers to be sus­pi­cious if olive oil was sold at below stan­dard prices and to check labels to see where the prod­uct was pack­aged.

Brazil is still reel­ing from a meat scan­dal ear­lier this year. The ​“Flesh is weak” inves­ti­ga­tion revealed that rot­ting meat was being sold as fit for con­sump­tion. The meat was treated with chem­i­cals to mask its odor and improve its appear­ance.

Officials were accused of tak­ing bribes in return for turn­ing a blind eye to vio­la­tions and issu­ing fraud­u­lent san­i­tary per­mits and fal­si­fied doc­u­ments. The scan­dal led to many coun­tries ban­ning imports of meat from Brazil. 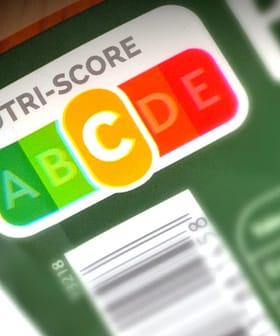 Prosperato enjoyed a record harvest in and won four awards at the World Olive Oil Competition.

Health providers in France have asked the federal government to lobby the European Commission in support of the widespread adoption of the controversial front-of-pack label system.