Behold the new ban­ner under which Spain plans to go forth and con­quer more olive oil trade. 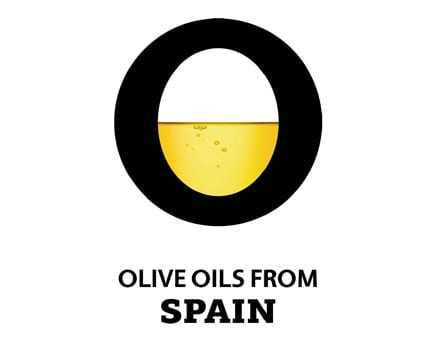 Launched this week by the non-profit inter­branch orga­ni­za­tion which pro­motes Spanish olive oils, the Interprofesional del Aceite de Oliva Español, the new logo is intended to improve prod­uct posi­tion­ing, increase sales and ​“rein­force the image of Spain as the undis­puted world leader in this sec­tor.”

The logo will be used on all the organization’s pro­mo­tions in Spain and abroad.

Above the words ​“Olive Oils from Spain” — so far in Spanish or English — the design is intended to ​“con­vey a series of pos­i­tive val­ues about Spain’s olive oils,” the orga­ni­za­tion said in a press release.

“It trans­mits lead­er­ship with a sim­ple yet pow­er­ful image com­bin­ing the tra­di­tional and the mod­ern — two con­cepts which define our sec­tor and the intrin­sic flex­i­bil­ity and ver­sa­til­ity of olive oils,” it said. 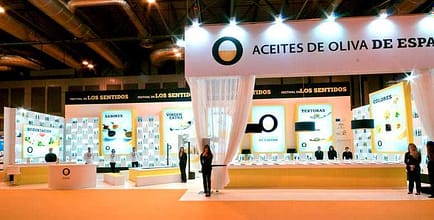 The yel­low is intended as a reminder of Spanish ori­gin, the round out­line to sug­gest solid­ity and sound­ness, and the ​‘o’ for olive with the depic­tion of oil are a lit­eral rep­re­sen­ta­tion of the prod­uct.

Since the orga­ni­za­tion began to pro­mote Spanish olive oils in 2008, exports have grown by a third, tripling in India and expand­ing five-fold in China.

But the launch comes at a dif­fi­cult time for the sec­tor in Spain. In the final throes of its worst har­vest in a decade, both domes­tic con­sump­tion and exports are down this sea­son. Imports are up, and an expected surge in ex-mill prices has failed to mate­ri­al­ize to con­sole farm­ers. Buyers in big mar­kets such as Italy are said to be tak­ing advan­tage of more com­pet­i­tively priced Greek and Tunisian olive oils.

But the new logo — designed by the Morillas brand­ing agency — will help posi­tion Spanish olive oils at the top of the global mar­ket, the Interprofesional said.

Growing consumption outside of the Mediterranean basin coupled with a strong 2021 harvest in Spain and weaker harvests elsewhere saw prices rise €3.00 per liter.