As American tar­iffs are imposed on Spanish green olive imports, an umbrella group of table olive pro­duc­ers has sent the Spanish gov­ern­ment a list of demands.

Chief among them is a request that the gov­ern­ment asks the European Union to begin inves­ti­gat­ing whether the United States unfairly sub­si­dizes its farm­ers.

Dialogue is not incom­pat­i­ble with the adop­tion of pres­sure mea­sures as the U.S. nor­mally does.- Antonio de Mora, sec­re­tary-gen­eral of Asemesa

“The European Union must imme­di­ately open an inves­ti­ga­tion into the aid that the United States gives to its farm­ers as the basis for a request for the impo­si­tion of counter tar­iffs in front of the World Trade Organization (WTO),” the Interprofessional Organization of the Table Olive Sector (Interaceituna, as it is abbre­vi­ated in Spanish) wrote in their letter.

In the past two years, U.S. President Donald Trump has approved two aid pack­ages with a com­bined value of $28 bil­lion for American farm­ers, which is meant to to com­pen­sate them for rev­enue lost in a sep­a­rate trade dis­pute with China.

“We hear very often that the U.S. also grants aid to its farm­ers,” Antonio de Mora, the sec­re­tary-gen­eral of Asemesa, one of the groups rep­re­sented by the Interaceituna, told Olive Oil Times. “If it turns out that it is true that there are sub­si­dies that do not comply with the rules of the WTO, these must be placed on the nego­ti­at­ing table. In short, we must act with the same firm­ness as the United States.”

De Mora added that every effort must be made by both the E.U. and Spanish gov­ern­ment to nego­ti­ate with the U.S. in order to mit­i­gate the dam­ag­ing impacts of the tar­iffs on table olive pro­duc­ers.

According to Interaceituna, almost all Spanish table olive exports to the U.S. have been impacted by one of these two tar­iffs. The U.S. is the largest single market for Spanish table olives, with more than one-fifth of the coun­try’s total exports des­tined for American ports.

So far, farm­ers have been unsuc­cess­ful in replac­ing lost rev­enue from the U.S. market with new export des­ti­na­tions, which makes resolv­ing the cur­rent trade con­flict para­mount in the eyes of de Mora.

“The U.S. has imposed tar­iffs but has repeat­edly stated that it is open to find­ing a solu­tion,” de Mora said. “Therefore, the E.U. must sit down imme­di­ately to talk with­out wait­ing for the WTO deci­sion on the Boeing issue.”

According to Cecilia Malmström, the out­go­ing European Trade Commissioner, the WTO will soon rule in favor of the E.U. on its own com­plaint into ille­gal American sub­si­dies for air­craft man­u­fac­turer, Boeing.

Malmström empha­sized that the E.U. wanted to avoid an esca­lat­ing trade war, but was pre­pared to hit var­i­ous U.S. agri­cul­tural prod­ucts with tar­iffs of its own upon receiv­ing the WTO ruling.

The E.U. has also filed a com­plaint with the WTO regard­ing the 27-per­cent tariff that was uni­lat­er­ally placed on Spanish black olive exports as a result of an anti-sub­sidy inves­ti­ga­tion by the U.S. International Trade Commission.

“Dialogue is not incom­pat­i­ble with the adop­tion of pres­sure mea­sures as the U.S. nor­mally does,” de Mora said.

De Mora, along with rep­re­sen­ta­tives from the four other agri­cul­tural groups that make up Interaceituna, con­cluded their letter urging the Spanish gov­ern­ment to act with the same kind of res­o­lu­tion as the U.S. gov­ern­ment did in apply­ing the tar­iffs. In the letter, the offi­cials argued that a lot more is at stake than simply lost rev­enue.

“Much more is at stake than the total value of exports of table olives from Spain to the U.S. ($201 mil­lion),” Interaceituna wrote. “The work and invest­ments of many years are at stake, [as is] the posi­tion gained in the market and the great expec­ta­tions of the future.” 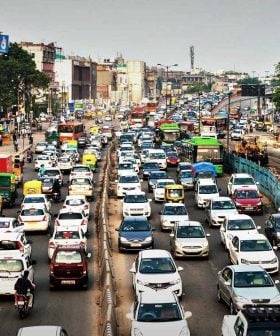 As part of a far-reaching agro-economic plan, the Andalusian government renews its commitment to furthering the interests of its olive farmers in both established and emerging international markets. 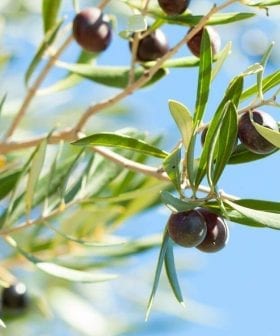 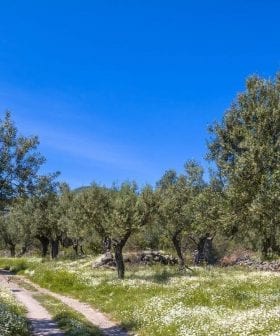 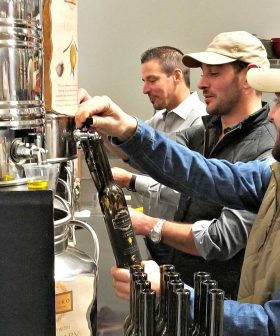 The Pierrakos family has lifted a farm in Greece from a workaday livelihood to an inspired enterprise that produces award-winning oils infused with their vision, passion and purpose