Local authorities have confirmed a lower-than-expected olive oil yield, leading to a steady rise in prices.
By Paolo DeAndreis

The olive har­vest in Tunisia is pro­ceed­ing faster than in pre­vi­ous sea­sons. Still, the cur­rent 2022/2023 cam­paign will yield con­sid­er­ably less than last year, caus­ing a sig­nif­i­cant rise in Tunisian olive oil prices.

In its newly released bul­letin, the Olive Oil National Office (ONH) noted that prices in November and December rose steadily in Sfax. A liter of olive oil in December cost an aver­age of €4.52, a new record for the local prod­uct.

The National Observatory of Agriculture (Onagri) noted that olive oil prices in December 2022 had dou­bled com­pared to the same period last year.

As reported by AfricanManager, Onagri esti­mated that in November 2022, Tunisian olive oil exports more than dou­bled in over­all value com­pared to exports reported in the same month of the pre­vi­ous year, reach­ing TND 240.3 mil­lion (€72.15 mil­lion).

In its new bul­letin, ONH has con­firmed that almost 70 per­cent of the har­vest has now been com­pleted. The pub­lic agency esti­mates an over­all olive oil yield of 180 thou­sand tons for the sea­son.

According to ONH, the expected pro­duc­tion drop is asso­ci­ated chiefly with the arid cli­mate and the drought that hit the cen­tral and south­ern regions of the coun­try, where most of the large olive farms oper­ate.

The drought has affected Tunisia and large por­tions of the west­ern Mediterranean Basin and Western Europe. It is also impact­ing local poli­cies.

“The sit­u­a­tion is dan­ger­ous because the drought began years ago. On aver­age, dams are oper­at­ing at 25 per­cent of their capac­ity, but some have dropped to 10 per­cent,” Hammadi Habib, offi­cial of the Ministry of Agriculture, told the local news­pa­per Zonebourse.

Such con­di­tions weigh on water avail­abil­ity for irri­ga­tion and its price, trig­ger­ing a con­tin­u­ous rise in pro­duc­tion costs and stim­u­lat­ing food infla­tion in Tunisia.

Speaking to Reuters, Radhia Smine, the Tunisian Water Observatory’s offi­cial, urged author­i­ties to declare a state of water emer­gency. ​“If we do not act now, we could end up thirsty. Thousands of fam­i­lies could find them­selves with water short­ages,” he warned.

In response to the chal­leng­ing cli­mate, the Tunisian Ministry of the Economy announced that it will work to set up new reser­voirs and desali­na­tion plants by 2025. 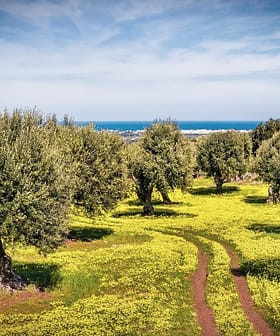 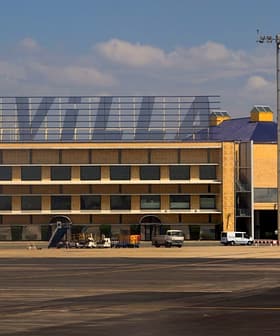 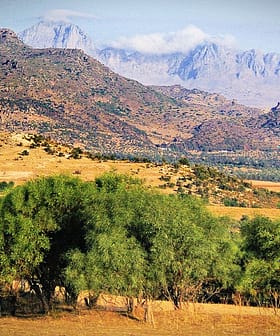 Olive growers hope that the warm winter does not lead to an early spring bloom followed by a late freeze, as happened in 2021.

The French producer earned a second consecutive Gold Award at the 2022 NYIOOC, attributing the success to new investments in organic production, irrigation and technology.

Researchers are worried about the increasing phenomenon of co-occurring droughts, which are 10 times more likely now than in the previous century.

Some of the world’s largest food producers and agribusinesses said a shift to regenerative farming is necessary to mitigate the impacts of climate change.