A new study in the U.K. suggests the Mediterranean diet may be particularly protective of stroke in women over 40, regardless of whether they take hormone replacement therapy or have experienced menopause.

Following the nutri­tion-dense Mediterranean diet (MedDiet) may lower stroke risk, espe­cially in women. One of the largest and longest-run­ning stud­ies on the sub­ject found the eat­ing plan was linked to a 22 per­cent lower inci­dence in women over age 40.

It is unclear why we found dif­fer­ences between women and men, but it could be that com­po­nents of the diet may influ­ence men dif­fer­ently than women.- Ailsa Welch, University of East Anglia

According to the researchers, strokes cause 6.34 mil­lion deaths world­wide every year. However, 90 per­cent of cases are pre­ventable with lifestyle mod­i­fi­ca­tions that include eat­ing a healthy diet. Instead of the pro­tec­tion com­ing from one indi­vid­ual food, it’s likely due to syn­er­gis­tic effects of com­po­nents in the entire diet, they said.

Scientists from the Universities of Aberdeen, East Anglia and Cambridge worked together in the research. The par­tic­i­pants were 23,232 adults between the age of 40 and 77 who were enrolled in the EPIC-Norfolk study. For 17 years, the research team mon­i­tored the indi­vid­u­als’ diets and com­pared the stroke risk of those who adhered closely to the MedDiet with those who didn’t fol­low it as well.

See Also:Articles on the Mediterranean diet

Data showed the par­tic­i­pants who fol­lowed the MedDiet the most closely expe­ri­enced a decreased onset of stroke. The reduc­tion was 22 per­cent in women, 17 per­cent in all adults and 6 per­cent in men. Researchers noted that the smaller ben­e­fit in men could be due to chance, so it wasn’t con­sid­ered sig­nif­i­cant.

“It is unclear why we found dif­fer­ences between women and men, but it could be that com­po­nents of the diet may influ­ence men dif­fer­ently than women,” said Ailsa Welch, lead author from the University of East Anglia, United Kingdom. ​“We are also aware that dif­fer­ent sub-types of stroke may dif­fer between gen­ders. Our study was too small to test for this, but both pos­si­bil­i­ties deserve fur­ther study in the future.”

The researchers noted that while the find­ings were dri­ven by the appar­ent ben­e­fit in women, they have impli­ca­tions for stroke pre­ven­tion in both gen­ders. The study was pub­lished in the American Heart Association’s jour­nal Stroke.

In an inter­view with Olive Oil Times, bio­chemist Barry Sears, author of the Zone Diet book series, explained how the diet relates to the stroke risk pro­tec­tion.

“A true MedDiet is an anti-inflam­ma­tory diet that reduces clot for­ma­tion and low­ers blood pres­sure.” 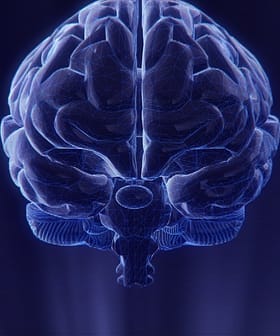 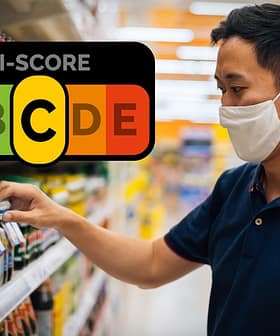 People who follow World Health Organization dietary guidelines for the intake of fats, carbohydrates and sodium are responsible for fewer emissions.