Olive oil prices in Spain con­tinue to grow, fol­low­ing a trend that has been con­sol­i­dat­ing since October. The prices are on track to set new records.

Poolred, the online olive oil data­base run by the Andalusian gov­ern­ment, reported that prices have been steadily grow­ing for the last few weeks.

In Jaén, the most rel­e­vant olive oil mar­ket in the coun­try, the Association of Young Farmers of Jaén (ASAJA) con­firmed that between December 12th and December 19th, the extra vir­gin olive oil price at ori­gin reached €5,371 per ton.

Oleostepa, an olive oil pro­duc­ers coop­er­a­tive, told Agripopular that it esti­mated the EVOO price at ori­gin for the national mar­ket had grown 3.85 per­cent in one week.

Overall, the EVOO price at ori­gin over the last twelve months has grown by more than €2,000 per ton.

Similar ten­den­cies are reported for Virgin Olive Oils (VOOs), whose price at ori­gin exceeded €4,700 per ton on November 28th. VOOs are cur­rently traded at €5,116 per ton.

Significant growth is also reported for Lampante olive oils price at ori­gin, which is now exceed­ing €5,000 per ton for the first time. A month ago, Poolred noted that lower-qual­ity olive oils sold for €4,480 per ton.

The cur­rent trend appears to be con­sol­i­dat­ing. The lat­est data from the Ministry of Agriculture, Fisheries and Food stated that from November 5th to November 11th, EVOO price at ori­gin grew 3.55 per­cent.

Such strik­ing price growth is mainly asso­ci­ated with the sig­nif­i­cant drop in over­all olive oil pro­duc­tion, which Spanish pro­duc­ers are expe­ri­enc­ing this har­vest.

Still, the Union of Small Farmers and Ranchers (UPA) noted that Spanish olive oil had seen record sales in 2022. In a recent note cited by OleoRevista, UPA con­firmed sales of 1.6 mil­lion tons, an extra­or­di­nary num­ber dri­ven by exports.

To main­tain such vol­umes, Spanish pro­duc­ers have spe­cial stocks of extra vir­gin olive oil at their dis­posal. These are esti­mated to be more than 400 thou­sand tons.

In a note reported by ABC de Andalusia, the agri­cul­tural orga­ni­za­tion COAG com­mented on the price spike, which, accord­ing to some experts, might trans­late into lower olive oil con­sump­tion through­out the coun­try.

“A Spanish fam­ily con­sumes, on aver­age, 40 litres of olive oil per year. If we divide this per month and per per­son of the fam­ily, such price rise sums up to a few cents. People are not going to give up the Mediterranean Diet to save €60 a year,” the asso­ci­a­tion noted. 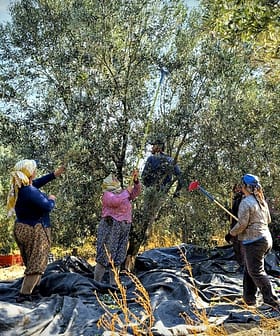 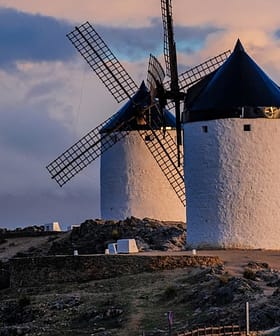