One of the olive grove’s worst ene­mies, Jaén grow­ers fear the insect could cause mil­lions of euros of losses if not com­bated before the next har­vest, which will begin in December.

The fund­ing from the Council of Andalusia and the Spanish Government will go towards a pest dam­age con­trol and fumi­ga­tion cam­paign that began in July and will con­tinue until November.

The cam­paign tar­gets olive fruit flies in crops span­ning 275,000 hectares (679,500 acres). The farm­ers them­selves are in charge of the cam­paign, through inte­grated pest man­age­ment groups, inte­grated pro­duc­tion groups, or the des­ig­na­tion of ori­gin reg­u­la­tory boards.

To reduce the fly pop­u­la­tion, the cam­paign uses two types of fly­traps – yel­low, sticky chro­motropic traps that are designed to attract the flies, and fly­catch­ers. Fumigation treat­ments are also car­ried out by air­craft and across land where the ter­rain per­mits.

The Mediterranean fruit fly is found through­out the provinces of Andalusia. It causes a sig­nif­i­cant reduc­tion in the vol­ume of fruit pulp, the fruit to fall pre­ma­turely before har­vest, and the loss of qual­ity of olive oil, as dam­aged fruit that is stored for more than a few days trig­gers increased acid­ity lev­els.

According to the University of California’s Center for Invasive Species Research, in some parts of the world the olive fruit fly, which has impacted olive pro­duc­tion since bib­li­cal times, is respon­si­ble for losses of up to 80% of oil value and 100% of var­i­ous cul­ti­vars used as table olives.

The species lays its eggs in all sizes of fruit but prefers large green olives. The mag­gots then feed on the fruit pulp and pupate dur­ing sum­mer or on the ground in late sum­mer and fall. [1] They are found in south­ern Africa where they evolved, the Middle East, south­ern Europe and California.

On the other side of the world, Peru’s olive exports have suf­fered this year due to a plague of crop-killing white­flies, as well as extreme weather.

The export of table olives, the flag­ship of Peru’s Tacna region, fell 57% in the first half of the year com­pared with the same period last year, accord­ing to the Tacna Regional Agriculture Department’s Agricultural Statistics Division.

Fabio Salas Portugal, from the Statistics Division, says 1,720 tons of olives were exported in the first half com­pared with 3,984 tons last year.

He says among the fac­tors to cause this decline is a white­fly plague which migrated from the Azapa Valley in the north of Chile and swarmed onto agri­cul­tural land in La Yarada and Los Palos just across the Peruvian bor­der, which is mainly home to olive crops. Climate change was another fac­tor, he said. 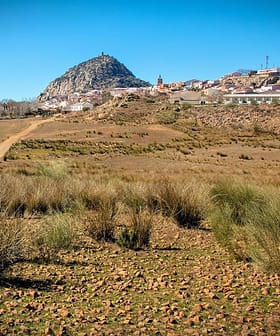 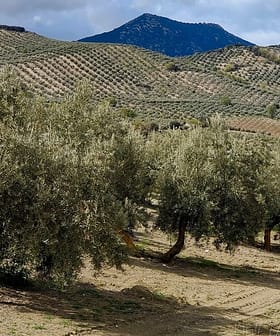 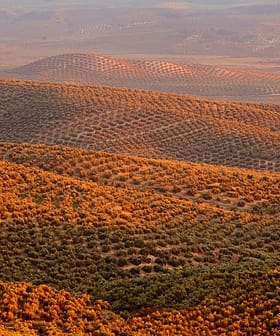 Rain is in the forecast for this week, but producers are still expecting what could be the third-lowest yield since records began.

The Commission had proposed an ambitious plan to cut pesticide use in half by 2020. Nearly half of E.U. member states oppose the move.