` Farmers in Spain Seek Stop to Duty-Free Imports from Morocco

Farmers in Spain Seek Stop to Duty-Free Imports from Morocco

Since 2012, an agri­cul­tural trade agree­ment with Morocco has per­mit­ted duty-free imports of dozens of Moroc­can prod­ucts into the EU. This has included agri­cul­tural and fish­ery prod­ucts, and olive oil of every cat­e­gory.

Last week, an EU court annulled the agree­ment, prompt­ing Spain’s COAG Andalu­cia, the region’s union of farm­ers and ranch­ers, to request a stop to Moroc­can imports of olive oil into Spain (Morocco’s largest olive oil importer, account­ing for more than 60 per­cent of imports).

A large part of the con­cern, said COAG Andalu­cia, is that ​“this lib­er­al­iza­tion (of imports), along with the lack of ori­gin con­trol when it comes to label­ing, not only allows for the import of oil from Morocco, but from any other pro­duc­ing coun­try in the region.”

Com­pound­ing the prob­lem, COAG said, is that these coun­tries don’t com­ply with the EU’s same strict reg­u­la­tions at all lev­els, whether those have to do with labor, envi­ron­ment or oth­er­wise. This puts the EU and its pro­duc­ers at a dis­ad­van­tage, as not every­one is play­ing by the same rules.

Beyond this, COAG Andalu­cia believes that such an agree­ment isn’t actu­ally ben­e­fit­ing Morocco’s local pro­duc­ers and economies, but only the olive oil lobby. This con­cern has also been raised with regard to Tunisia, which is the sub­ject of a pro­posed quota increase on duty-free olive oil imports to the EU.

Though the EU court has ordered the annul­ment of the orig­i­nal 2012 agree­ment, com­merce shouldn’t be impacted at this point given that the EU still has over two months to appeal it. But it seems Spain might be using this open­ing to stop the duty-free trade of olive oil from the North African coun­try with­out delay. 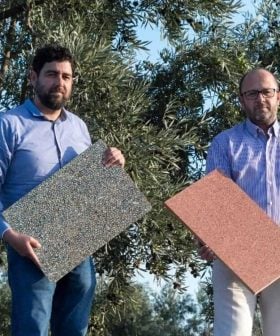 Paninos, a company based in the south of Spain, takes what has traditionally been a waste byproduct of olive oil production and turned it into an additional revenue stream. 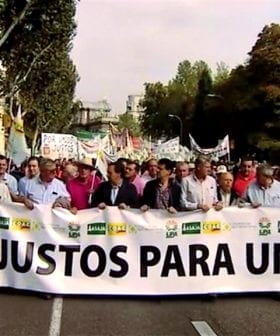 Five of the country's main agricultural organizations plan to occupy town squares across the province of Jaén, demanding higher prices for olive oil and more support for traditional groves. 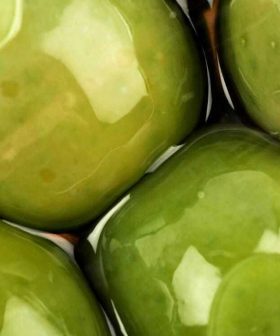 Spain's largest olive oil cooperative and its Moroccan partner have acquired 20 percent of the company partially responsible for U.S. tariffs on Spanish olives in an effort to avoid paying them.