An Italian operation led to the arrest of 33 believed to be a part of the Piromalli clan, an organization that has allegedly infiltrated the olive oil trade in Italy and exported fake products to the U.S.

About $42.8 mil­lion in assets were seized and charges filed against the sus­pects includ­ing mafia asso­ci­a­tion, attempted mur­der, drug traf­fick­ing, money laun­der­ing and fraud, the police told the Investigative Reporting Project of Italy.

The Calabrian mafia, also known as the Ndràngheta, is believed to be the wealth­i­est, most pow­er­ful crim­i­nal net­work in Italy, and the Piromalli are believed to be a lead­ing clan within that orga­ni­za­tion. In addi­tion to drug traf­fick­ing, author­i­ties believe they’re major play­ers in agro­mafia, includ­ing an elab­o­rate olive oil scheme.

According to inves­ti­ga­tors, the Piromalli were import­ing olive pomace oil, a prod­uct that’s extracted from already-pressed fruit pulp using chem­i­cal sol­vents, then label­ing the low-qual­ity, adul­ter­ated oil prod­ucts as extra vir­gin olive oil and export­ing it to the U.S. Those prod­ucts were sold through retail chains in New York, Boston and Chicago, the IRPI revealed.

The Piromalli were capa­ble of exe­cut­ing this scam because they have a grip on the right peo­ple in the right places, author­i­ties allege. The clan is believed to con­trol areas in and around the south­ern munic­i­pal­ity of Gioia Tauro, includ­ing the region’s real estate, most of the food and agri­cul­ture busi­nesses, and its strate­gi­cally located port.

They have also allegedly extended their reach to pen­e­trate the dis­tri­b­u­tion chains in the north­ern city of Milan and have taken over busi­nesses that export olive oil to the U.S. the Business Standard reported.

Selling fake olive oil isn’t a pau­per’s scheme. Last year, high-qual­ity olive oil was sell­ing for as much as $50 a gal­lon while fake prod­ucts cost only $7 to make, a 60 Minutes seg­ment noted. ​“The profit mar­gin can be three times bet­ter than cocaine,” jour­nal­ist Tom Mueller said dur­ing the show.

In addi­tion to sig­nif­i­cant eco­nomic losses, Italy faces the effects of a dam­aged rep­u­ta­tion. The coun­try is the top olive oil exporter and the U.S. is the world’s third-largest mar­ket, with $2 bil­lion in sales. According to Bloomberg, that includes hun­dreds of mil­lions of dol­lars that are spent on prod­ucts imported from Italy.

Still, olive oil only rep­re­sents a frac­tion of the over­all American cook­ing oil mar­ket. Consumption is less than one liter per capita, said Bloomberg. That leaves a lot of growth poten­tial for olive oil and sup­pli­ers like Italy, but fraud­u­lent prod­ucts could under­mine con­fi­dence in their prod­ucts.

Food fraud also raises health con­cerns. There’s the risk of some­one hav­ing an aller­gic reac­tion because they believe they’re con­sum­ing one thing while could actu­ally con­sume an aller­gen. And some agro­mafia prod­ucts have also been found to include low-qual­ity con­t­a­m­i­nants, which presents an addi­tional set of risks.

Italy has­n’t turned a blind eye to the prob­lem and has a spe­cial unit devoted to food fraud. According to 60 Minutes, as of last year, that squad included 60 police capa­ble of iden­ti­fy­ing fraud­u­lent olive oil by taste tests and 1,100 offi­cers who focus on inspec­tion and inves­ti­ga­tion. 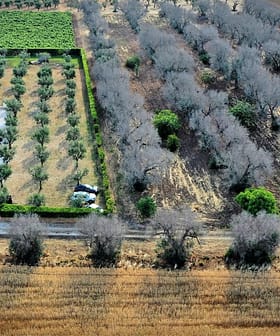 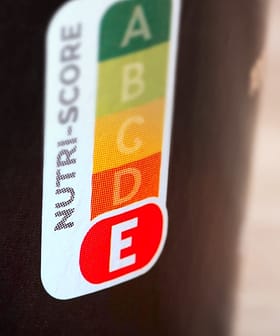 The app is part of a €100 million effort to promote traditional Italian food products in 2023.

In Italy, EVOO Prices and the Popularity of Large Food Retailers on the Rise

The latest data from Ismea shows how Italian families in the third quarter are coping with rising inflation by spending more on EVOO and visiting large food retailers.

The recipients will be eligible to receive the state-aid to cover up to half of the expense of upgrading their mills to be more efficient and sustainable.

The €37 billion will be used to promote sustainability and traditional food products, support small farms and encourage young people into agriculture over five years.