This simple dip recipe combines the bright tangy profile of fresh labneh with the rich spices of za'atar and delicate olive oils.

Za’atar is an herb and spice blend that dates back to the first cen­tury in the Middle East. And like many blends that have stood the test of time, there are many vari­a­tions in the recipes. However, the most com­mon ingre­di­ents found in all of them are thyme, oregano, mar­jo­ram, sesame seeds, sumac and salt.

To com­ple­ment such a fra­grant spice blend, it takes a unique base such as lab­neh! If you’re unfa­mil­iar with lab­neh, it is a won­der­fully creamy and thick strained yogurt. While most of the whey is removed dur­ing its pro­duc­tion, it still man­ages to keep its dis­tinct tangy taste — mak­ing it the per­fect base to bal­ance and com­ple­ment a za’atar infused olive oil in this dish.

This sim­ple dip recipe com­bines the bright tangy pro­file of fresh lab­neh with the rich and robust spices of za’atar. To best carry those fla­vors through­out the dish, be sure to choose a high-qual­ity del­i­cate olive oil. 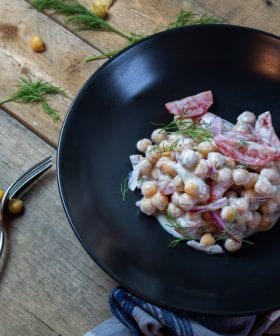 This fresh veggie and chickpea salad is a great way to spice up your lunch break. The secret is the light and refreshing yogurt dressing, with just a touch of dill! 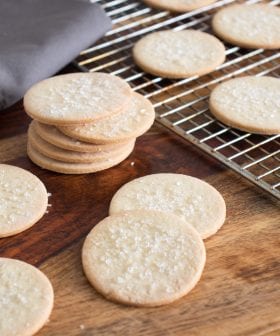 Sablé cookies are France’s version of shortbread, getting their name from the area of origin, Sablé-sur-Sarthe. Instead of the classic butter-flour combination, we substitute a mild extra virgin olive oil. Adding pronounced flavor, for a subtle sweet and slightly savory cookie. 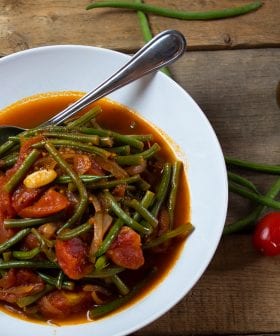 Stewed Green Beans and Tomatoes are a Mediterranean Classic. Try this easy to make side dish for dinner tonight, or impress the folks at your next get-together! 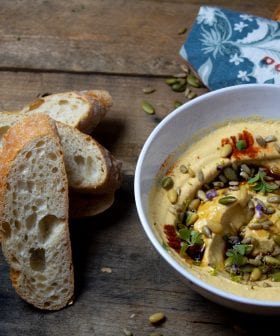 Check out this recipe for sweet and robust pumpkin hummus with just a touch of tangy pomegranate molasses and crunchy sunflower seeds.