Mafia Control of Olive Oil the Topic of '60 Minutes' Report

The CBS News mag­a­zine ‘60 Minutes’ aired a seg­ment on mafia involve­ment in Italian agri­cul­ture tonight, intro­duc­ing mil­lions of view­ers to the shady under­world of the olive oil trade and cast­ing a fresh pall of sus­pi­cion over the “Made in Italy” brand.

It’s very dif­fi­cult to say in any given case with olive oil exactly how many drops in a given bottle actu­ally have Mafia blood on them.- Tom Mueller

In addi­tion to a con­ver­sa­tion with Italian inves­ti­ga­tor Sergio Tirro, whose team of 60 trained tasters are able to detect coun­ter­feit olive oils “at first sip,” the report fea­tured an inter­view with Tom Mueller, the author of the Extra Virginity exposé.
See more: The World’s Best Olive Oils, Official NYIOOC Ranking
“You in many cases are get­ting lower grade olive oil that has been blended with some good extra virgin olive oil…you’re some­times get­ting deodor­ized oil,” Mueller said. “They blend it with some oil that has some char­ac­ter to give it a little color, a little flavor…and they sell that as extra virgin. It’s ille­gal — it hap­pens all the time.”

Before an esti­mated 12 mil­lion view­ers who had just watched the Denver Broncos defeat the San Diego Chargers in a close late-season foot­ball game, Tirro demon­strated how easy it is to coun­ter­feit extra virgin olive oil.

Taking a vial of col­or­less, odor­less sun­flower oil, he added a few drops of chloro­phyll. “It becomes the color of olive oil,” Tirro said. It’s as simple as that.

“On the day I started the con­sor­tium, they burned my car, they burned down part of my home and I was inside with my wife and my daugh­ter,” Clemenza said.

Mueller said mafia con­trol per­vades the food supply in Italy, and described its impact on olive oil in the bleak­est terms: “It’s very dif­fi­cult to say in any given case with olive oil exactly how many drops in a given bottle actu­ally have Mafia blood on them.”
See more: Listen to an Interview with Tom Mueller on the ‘On Olive Oil’ Podcast
When Whitaker asked how much of the olive oil labeled “extra virgin” that reaches Americans is really not extra virgin, Mueller responded, “75% to 80%, easily.”

CBS News shipped 3 bot­tles of olive oil found in an unnamed American super­mar­ket to Tirro’s tast­ing panel: Only one was found to be extra virgin.

“They described one as lam­pante — the lowest qual­ity olive oil. That brand hap­pens to be one of the best-sell­ing in America,” Whitaker said.

The top-sell­ing brand in the United States is Bertolli, which is the sub­ject of a high-pro­file fraud inves­ti­ga­tion and mul­ti­ple class action law­suits. 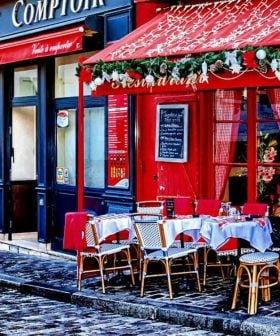 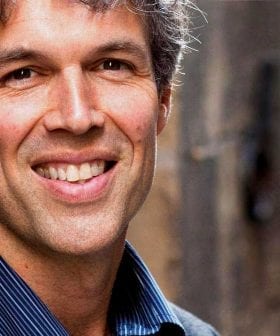 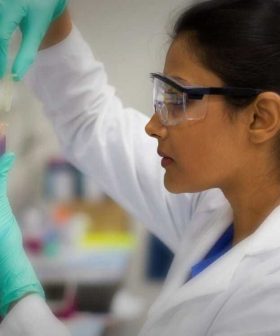 A new approach appears sensitive to detection of adulteration with lower grade oils. 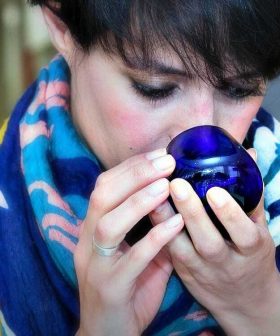