The recently rat­i­fied trade deal between the USA and China was wel­comed by Australia as a sign of con­fi­dence for the global mar­kets.

“This is wel­come news. Australia has long called for a reduc­tion, a ces­sa­tion of the trade war between the United States and China — it was hurt­ing global eco­nomic growth, and so we wel­come the fact that this agree­ment has been signed,” Simon Birmingham, the Australian trade min­is­ter, said.

The new pact came almost unex­pect­edly after two years of hos­til­i­ties between the two par­ties, although Birmingham char­ac­ter­ized it as ​“a truce rather than a com­plete elim­i­na­tion of trade ten­sions between the US and China.”

Under the new deal, China will buy goods worth $200 bil­lion from the U.S. over two years, of which $50 bil­lion are allo­cated for the pur­chase of American agri­cul­tural prod­ucts.

The U.S., in exchange, will reduce part of the tar­iffs imposed on imported Chinese prod­ucts worth $120 bil­lion.

The min­is­ter, how­ever, acknowl­edged the fact that the deal could poten­tially harm the farm­ers of his coun­try by putting con­straints on their busi­ness with the vast Chinese mar­ket.

While the min­is­ter con­ceded farm­ers could be impacted by the new deal, ​“we see more upside than down­side because of the con­fi­dence that it pro­vides,” he said.

“The bulk of those pur­chases [com­mit­ted by China to come from U.S. sources] we would expect to hap­pen as part of China’s growth, rather than sub­sti­tut­ing exist­ing pur­poses. We’d expect them to be in areas that Australia is not par­tic­u­larly exposed,” he added.

Australia has largely ben­e­fit­ted from the trade war between the world’s two largest economies until now, achiev­ing an increase of 30 per­cent of agri­cul­tural exports to China over the last year.

The major Spanish producer Acesur says it will bring $11 million in investment and 29 new jobs to Suffolk, Virginia. 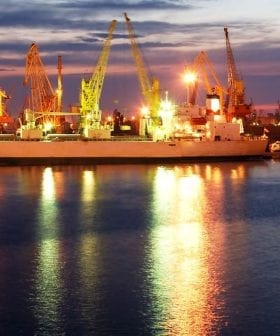 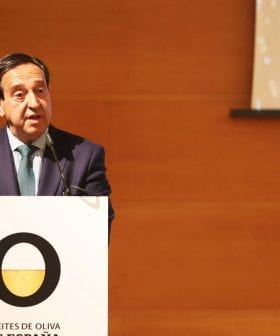