Spain's association of olive oil industry stakeholders is studying ways to join the research efforts on Xylella fastifiosa to make sure the objectives related to the olive oil sector are met.

Xylella fas­tidiosa is regarded as the top cur­rent threat to Spanish and European olive groves and increas­ing the research efforts to stop it has become one of the fore­most con­cerns of the olive oil sec­tor.

We are inter­ested in mak­ing sure that every­thing that may have an inci­dence in the olive groves is researched and reaches to a con­clu­sion so we can design the best praxis in case we need it.- Teresa Pérez Millán, Interprofesional del Aceite de Oliva Español

The bac­terium was first detected in Spain, the largest olive oil pro­ducer in the world, in Mallorca in November 2016. Since that moment, it has spread across the Balearic Islands, in the East of the coun­try, and was found on almond trees in the main­land in 2017. So far, there isn’t any offi­cial pos­i­tive case among olive trees on the Iberian Peninsula.

However, the ​“olive quick decline syn­drome” — the dis­ease prompted by the Xylella fas­tidiosa — has caused the death of over a mil­lion olive trees in the South of Italy and Corsica since it was detected there in 2013.

Aware of the risks of this bac­terium arriv­ing and spread­ing in the heart of the main olive oil regions in Spain, the Spanish gov­ern­ment has called a research project to study ways to stop and to respond to the dis­ease.

As a result, the National Institute for Agricultural Research (INIA) will coor­di­nate the work of 13 research cen­ters in the coun­try. But this project will not only focus on olive trees, as the bac­terium also affects other crops such as almond trees, grapevines, alfalfa and orna­men­tal plants.

“It is a very wide project about many dif­fer­ent kinds of crops. We are inter­ested in mak­ing sure that every­thing that may have an inci­dence in the olive groves is researched and reaches to a con­clu­sion so we can design the best praxis so we can use them in case we need it,” Teresa Pérez Millán, man­ager of the Spanish Olive Oil Interprofessional told Olive Oil Times.

The key prob­lem with Xylella fas­tidiosa at this stage is that its erad­i­ca­tion is very dif­fi­cult since there is no effec­tive treat­ment apart from the con­trol and elim­i­na­tion of the infected plants and of the insect that spreads the bac­terium.

According to the Interprofessional, the gov­ern­ment has been ​“sen­si­tive” to the sector’s demands, but a larger sci­en­tific effort is needed to develop more effec­tive strate­gies to fight and con­trol the dis­ease.

“We’ve got in touch with the INIA to co-fund research projects. Now we are in the process of eval­u­at­ing the pro­pos­als,” said Rafael Sánchez de la Puerta, head of R&D&I at the asso­ci­a­tion.

“The Spanish Olive Oil Interprofessional allo­cates 11 per­cent of its bud­get to the pro­mo­tion of inno­va­tion. This fig­ure makes us one of the orga­ni­za­tions in Europe’s agri­cul­ture and food sec­tor mak­ing the biggest effort in this area”, he added.

The research project pro­moted by the Spanish gov­ern­ment con­sists of six lines of study. The Spanish Olive Oil Interprofessional aims to sup­port them through par­al­lel and com­ple­men­tary research.

“We are set­ting out dif­fer­ent work­ing groups which will specif­i­cally focus on how the Xylella affects the olive groves, from risk analy­sis for the erad­i­ca­tion of the bac­terium in olive trees to the study of the genetic struc­ture of Xf,” Pérez Millán explained.

Other lines of works will study the guests of the bac­terium, its poten­tial dis­ease-caus­ing capac­ity on dif­fer­ent olive cul­ti­vars, the process of infec­tion of the trees and the biol­ogy and ecol­ogy of the insects spread­ing the dis­ease.

“Right now we are study­ing the bud­get that we will be able to allo­cate. These are mid-term projects, last­ing for sev­eral years, and our aim is to sup­port the devel­op­ment of those lines of work for three years,” she added. 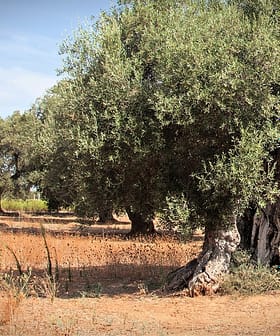 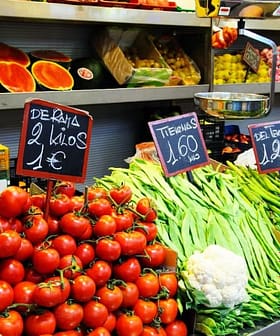 The steep decline in olive production has decreased the amount of work for farm laborers in Spain and forced the government to expand its safety net.