Olive oil was the largest Greek agri-food export last year and the fourth-largest export overall, according to a new report. Its success has renewed the call from farmers for government backing.

Olive oil has always been a sig­nif­i­cant fac­tor in the Greek econ­omy, and almost every report, study and piece of research on the coun­try’s agri­cul­tural sec­tor makes a sep­a­rate ref­er­ence to it.

A new report released by the Exporters Association of Northern Greece (SEVE) reviewed and ana­lyzed the export data from 2018, show­ing that olive oil was the main dri­ving force behind the growth of Greek agri-food exports this year.

We have over­taken the limit of 30,000 tons of bot­tled olive oil. In two to three years we aim to go beyond 50,000 tons. The dynam­ics exist and we are pos­i­tive that we can achieve our goal.- Grigoris Antoniadis, head of SEVITEL

In terms of worth and sig­nif­i­cance, olive oil is the fourth largest exported Greek prod­uct from all sec­tors, only after petro­leum, phar­ma­ceu­ti­cal prod­ucts and alu­minum com­modi­ties.

Despite these large export fig­ures, the per­for­mance and the con­tri­bu­tion of olive oil to the Greek econ­omy over the years has also sparked com­plaints from grow­ers and pro­duc­ers, argu­ing that an impor­tant prod­uct such as this one should be gov­ern­ment-backed.

“Such a wealth-cre­at­ing prod­uct that con­stantly sup­ports the econ­omy and the local com­mu­ni­ties gets no sup­port from the gov­ern­ment,” Priamos Ieronymakis, direc­tor of the Vine and Olive Oil Growers Group of Crete, said.

“The state has never given any European ​‘de min­imis’ funds to the olive grow­ers and pro­duc­ers of Crete,” he added. ​“They should give the funds for once. We are talk­ing about €200 mil­lion ($226 mil­lion) that will really sup­port the Cretan olive groves. Bottlers and exporters also fight to pro­mote our prod­ucts abroad. This is no easy task.”

“We have over­taken the limit of 30,000 tons of bot­tled olive oil,” Grigoris Antoniadis, head of SEVITEL, the asso­ci­a­tion of olive oil bot­tlers of Greece, said. ​“In two to three years we aim to go beyond 50,000 tons. The dynam­ics exist and we are pos­i­tive that we can achieve our goal. After all, the [inter­na­tional] mar­ket and exports of olive oil con­tin­u­ously grow, while the inter­nal mar­ket shrinks.”

Even so, the increase in exports of olive oil and other food prod­ucts in 2018 was not reflected in the pen­e­tra­tion of new for­eign mar­kets, accord­ing to the Association of Greek Industries. Penetration into these mar­kets remained low, due to the fact that world exports are increas­ing at a higher rate than Greek exports, which are still being affected by the reper­cus­sions of the 2008 finan­cial cri­sis, and can not keep pace with com­peti­tors.

“The last sea­son was dif­fi­cult and the pro­duc­tion was severely cut,” he said. ​“But now the olive trees give us a pos­i­tive feed­back. So, we can call it the year of the olive.” 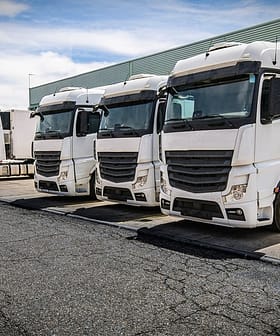 When Tassis and Rena Laskaridis settled in Lemnos 15 years ago, there were few olive trees around.

Thousands of olive tree saplings will be handed out to local farmers to replant in the charred olive groves of Ancient Olympia.