A group of citizens came together to harvest olives from trees throughout the city of Brescia and make olive oil.
By Paolo DeAndreis

The ini­tia­tive of a group of cit­i­zens in Brescia, a large north­ern Italian town, has brought on the har­vest of many olive trees whose fruits had long be neglected.

It is the first time such an ini­tia­tive has taken place in the city, where more than 50 dif­fer­ent olive cul­ti­vars grow, ran­domly scat­tered among pub­lic and pri­vate prop­er­ties.

In Villaggio Sereno, one of Brescia’s south­ern dis­tricts, the mem­bers of a local active cit­i­zen­ship group known as Community Point ini­tially reached just a few fam­i­lies who own some of those trees. The goal of their ini­tia­tive, which they called ​“Let’s put our olives together,” was to avoid wast­ing the many olives dot­ting the trees.

See Also:Farms in Italy Welcome an Uptick in Agritourism as Challenging Harvest Gets Underway

“We just needed to avoid a waste of food. Many of those who own those trees did not har­vest the fruits, which then were lost. So it all started, and from the 20 fam­i­lies ini­tially inter­ested, we got to 36. In October, thanks to four vol­un­teers, we gath­ered the needed nets, fruit rakes, and patience,” Giorgio Baitini, a Community Point orga­nizer, told local news­pa­per Giornale di Brescia.

“We thought we would have been col­lect­ing no more than 100 or 120 kilo­grams. Instead, we have har­vested more than 9 quin­tals,” he added.

Olive oil mills located near the city have pro­duced dozens of liters of extra vir­gin olive oil from the olives har­vested. Given the source of the olives, Community Point named the prod­uct ​“Olio Sereno” (“happy olive oil” in Italian), not­ing that it should also be con­sid­ered a Denomination of Social Origin (DSO) prod­uct.

According to Baitini, unlike the EU-cer­ti­fied PDOs (Protected Designation of Origin) and PGIs (Protected Geographical Indication), the unof­fi­cial des­ig­na­tion fits the true nature of the ini­tia­tive.

“It is an exam­ple of how join­ing forces enables the com­mu­nity to solve its prob­lems, to restore what would have oth­er­wise ended up going to waste. It is a solid def­i­n­i­tion [for the oil], and it is good to eat, and a way to give value to our court­yards and gar­dens,” Baitini noted.

The olive oil pro­duced by the vol­un­teers has now been divided among them, the own­ers of the trees, and the ​“Let’s be fam­ily” ini­tia­tive of the Caritas char­ity orga­ni­za­tion.

The Olio Sereno ini­tia­tive built on the strong con­nec­tion between Brescia and olive oil mak­ing. The city bor­ders a large region in the Lake Garda area where olive oil pro­duc­tion is grow­ing and where some of the most valu­able Italian EVOOs are made. 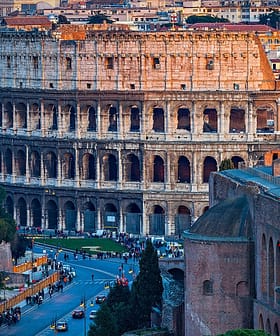 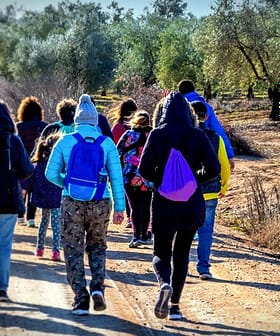 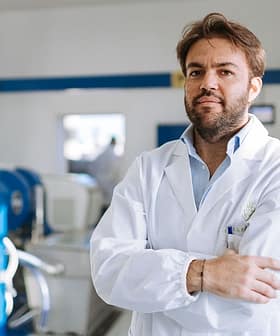 A group of citizens came together to harvest olives from trees throughout the city of Brescia and make olive oil.

The app is part of a €100 million effort to promote traditional Italian food products in 2023.