Hundreds of trees will be removed in Malta to build new roads.

5.7k
VIEWS
FacebookTwitter
Hundreds of trees will be removed in Malta to build new roads.

Malta has been hit by a wave of protests as res­i­dents, farm­ers and envi­ron­men­tal­ists joined forces to express their anger at the uproot­ing of hun­dreds of trees to make way for new roads.

More than 1,000 demon­stra­tors took to the streets of Attard, a town in cen­tral Malta, and scores of people tied them­selves to trees in a last-ditch attempt to save trees ear­marked for removal under the con­tro­ver­sial Central Link project.

While these olive trees stand a chance of being spared since there is an attempt to trans­plant them, other trees in the area which have been marked with a green cross will be chopped soon.- Anonymous source close to Infrastructure Malta

The €55 mil­lion ($61 mil­lion) project was given the go-ahead in July, although the country’s envi­ron­men­tal watch­dog had expressed con­cerns over the uproot­ing of 549 mature trees (272 of which were pro­tected) plus a fur­ther 250 ear­marked for trans­plan­ta­tion.

While an envi­ron­men­tal impact assess­ment (EIA) warned that 48,466 square meters (12 acres) of good qual­ity agri­cul­tural land would be lost; Infrastructure Malta, the new body respon­si­ble for road build­ing, claimed that the traf­fic easing project would result in cleaner air, shorter travel times and bring 285 extra trees to the area.

At least 47 farm­ers feared to lose their liveli­hoods along with their land and said they felt let down by the lack of con­sul­ta­tion. They pleaded with the author­i­ties to come up with an alter­na­tive solu­tion.

More than 760 new trees, includ­ing 84 olive trees and 130 Aleppo pines, will com­pen­sate for the lost ones. This figure meets the bare min­i­mum demanded by the EIA and is about 50 per­cent less than the 1,649 trees rec­om­mended by Environment and Resources Authority (ERA) reg­u­la­tions.

Three hun­dred trees in Santa Luċija, 10 kilo­me­ters (6.2 miles) south­east of Attard, have also been ear­marked for removal to make way for a €20 mil­lion ($22.2 mil­lion) under­pass aimed at easing traf­fic con­ges­tion around the Santa Luċija round­about and reduc­ing travel time by 30 per­cent.

To make way for the tunnel which was given the go-ahead last September, 547 mature trees includ­ing 210 Mediterranean cypresses would need to be uprooted of which 262 would be trans­planted. Some of the doomed trees are located in a tree pro­tected area and 7,000 square meters (1.7 acres) of agri­cul­tural land will also be lost.

Earlier this month a vigil of hope was held at the Santa Luċija jog­ging track fol­low­ing an ear­lier protest during which activists put up posters bear­ing black crosses on the con­demned trees.

One batch of trees ear­marked for removal was iden­ti­fied by the green crosses sprayed onto their trunks while a fur­ther 250 trees in the vicin­ity were already being uprooted for trans­plant­ing else­where. Infrastructure Malta had pledged to relo­cate the trees in the same zone where pos­si­ble.

An on-site inspec­tion car­ried out by Times of Malta at the end of July con­firmed that sev­eral mature trees, includ­ing cypress, bore this mark and that works to start trans­plant­ing the nearby olive trees were at an advanced stage.

Residents demanded to be told the fate of sev­eral olive trees that had already been uprooted by Infrastructure Malta and replanted in a pri­vately owned field 15 kilo­me­ters (9.3 miles) away in Dingli. Around 20 other trees had been relo­cated to the far end of the jog­ging track, accord­ing to a report by Malta Independent.

Malta’s envi­ron­men­tal watch­dog defended the project on the grounds that plans to trans­plant and grow new trees would com­pen­sate for the 293 trees due to be axed.

Times of Malta reported that they had received dozens of com­plaints about olive trees being aggres­sively pruned with a chain­saw along the Santa Luċija jog­ging track, fuel­ing fears they were facing the chop.

According to the Times of Malta, an anony­mous source close to Infrastructure Malta said that the prun­ing of olive trees in Santa Luċija was just the start.

“While these olive trees stand a chance of being spared since there is an attempt to trans­plant them, other trees in the area which have been marked with a green cross will be chopped soon,” the source report­edly told the Times of Malta.

Although Infrastructure Malta pledged to trans­plant 262 trees, skep­ti­cal locals pointed out that this type of oper­a­tion required metic­u­lous plan­ning and was rarely suc­cess­ful for cypress trees.

Anna Fava, co-founder of the cli­mate action group Extinction Rebellion Malta (XR Malta) told Olive Oil Times that the group were opposed to the Central Link project and had attended the tree vigil in Santa Luċija,

Fava said that while these two road infra­struc­ture projects and their asso­ci­ated tree uproot­ings had made head­lines, other more subtle uproot­ings were occur­ring in sev­eral areas with people post­ing pic­tures on social media. 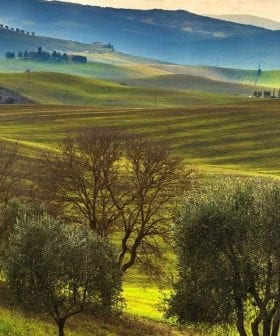 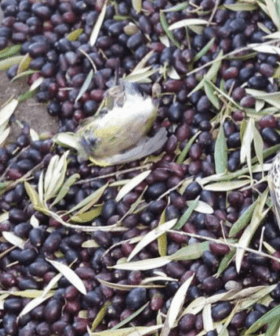 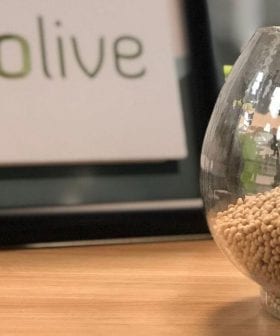 The idea to create olive-based plastics was sparked when Duygu Yilmaz decided to research whether her father's habit of eating olive seeds was detrimental to his health.