Spain, the world’s lead­ing pro­ducer of olive oil, is main­tain­ing its posi­tion on top of the industry’s peck­ing order, with most of its growth tied to new mar­kets.

Recent fig­ures from Spain’s cus­toms depart­ment show that the country’s exports of bot­tled olive oil in 2010 increased by 10 per­cent to a record high €1.95 bil­lion. The increase was even higher to coun­tries out­side the European Union; Spain’s export growth to non-EU mar­kets was 17 per­cent, thanks to the patron­age of fast-grow­ing mar­kets like China, Brazil and Russia.

Brazil has like­wise expe­ri­enced a surge in Spanish olive oil con­sump­tion. In just three years, the country’s imports have almost dou­bled, mak­ing it the eighth largest mar­ket for Spanish oil in the world. Last year, Brazil pur­chased €44.8 mil­lion ($63.1 mil­lion) worth of olive oil, up from €28.1 mil­lion ($39.6 mil­lion) in 2007. Hojiblanca will ship two mil­lion liters of olive oil to Brazil this year.

Spain’s olive oil indus­try is com­prised of about 1,950 com­pa­nies. The major­ity of the country’s olive oil is pro­duced in the autonomous regions of Andalusia and Castilla La-Mancha. Andalusia, which is respon­si­ble for about 40 per­cent of all Spanish pro­duc­tion, holds the dis­tinc­tion as the world cap­i­tal for olive oil pro­duc­tion. Castilla La-Mancha pro­duces 6 per­cent of the total Spanish out­put. Other regions involved in olive oil pro­duc­tion are Extremadura, Aragon, Catalonia and Valencia.

The major Spanish producer Acesur says it will bring $11 million in investment and 29 new jobs to Suffolk, Virginia. 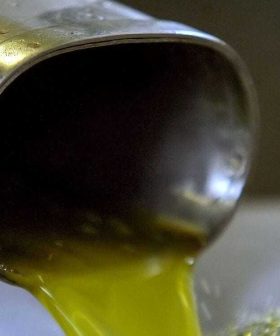 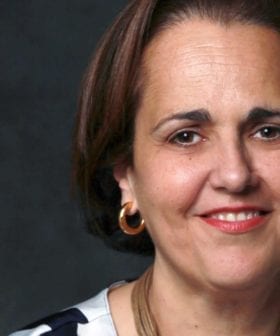 Blanca Torrent was recognized for the gender equality policy at Torrent Olives and her work advocating for women in agribusiness. 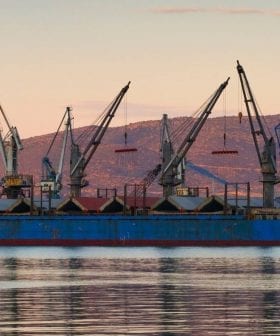