The land ded­i­cated to organic olive groves in Spain increased by 16 per­cent in 2021, accord­ing to the Ministry of Agriculture, Fisheries and Food.

Organic olive groves now cover 256,510 hectares across 16 of Spain’s 17 autonomous com­mu­ni­ties, an area larger than Luxemburg. Cantabria, in the very north of the coun­try, is the only region with­out organic olive groves.

However, organic olive cul­ti­va­tion did not increase uni­formly across the coun­try. Between 2020 and 2021, four regions – the Basque Country, Castilla-La Mancha, the Canary Islands and Galicia – expe­ri­enced a decline in organic olive groves.

The most pro­nounced of these declines came in Castilla-La Mancha, Spain’s sec­ond largest olive oil-pro­duc­ing region, which lost 1,762 hectares of organic groves from 2020 to 2021, a 2.4 per­cent decrease.

The Basque Country had a far larger rel­a­tive decrease (15 per­cent) but only saw organic grove cov­er­age fall from 25 to 21 hectares.

However, the largest per­cent increase was seen in Aragón, with organic olive cul­ti­va­tion ris­ing by 79 per­cent from 4,420 to 7,916 hectares in the same period.

Catalonia, another promi­nent olive-grow­ing region, saw its share of organic olive groves increase by 9 per­cent, ris­ing from 8,870 to 9,666 hectares.

Overall, organic agri­cul­tural cul­ti­va­tions in Spain increased by 8 per­cent and now rep­re­sent nearly 11 per­cent of all agri­cul­tural land in the coun­try. The num­ber of agri­cul­tural oper­a­tions oper­at­ing under organic stan­dards rose by 16 per­cent. 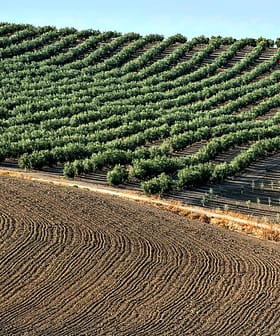 Intensive groves will outnumber traditional farms thirty years from now, and the number of olive oil-producing countries will rise to 80, says Juan Vilar. 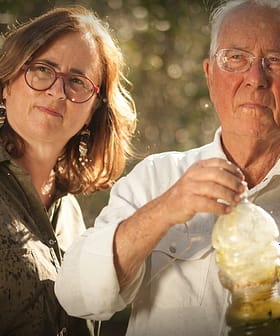 Bringing Palestinians and Israelis Together Through Olive Oil Production

In Pakistan, Efforts to Grow Olives in Underdeveloped Areas Begin to Bear Fruit

Under the Ten Billion Tree Tsunami Project, Pakistan is growing thousands of olive trees in its northwestern region, a former hotbed for terrorism after 9/11.

This new approach to eating in high-income nations would slash more than half of all greenhouse gas emissions.