` Much Ado About Nothing - Olive Oil Times

Much Ado About Nothing

In the last three years, with the eco­nomic cri­sis plagu­ing the main play­ers in this sec­tor, regional and state gov­ern­ments have con­tin­ued to throw to the winds var­i­ous plans to find the sav­ior needed by grow­ers, mills and coop­er­a­tives.

Andalusia sub­mit­ted within one year var­i­ous plans, among them El Plan Director del Olivar and the Strategic Plan for Quality Improvement, not for­get­ting the plans pro­posed by the European Commissioner Cioloş and the Agriculture Ministry itself.

Many plans, with the speed with which gov­ern­ments act with their devel­op­ment and imple­men­ta­tion, in the end, become out­dated over time. Specifically, I mean the Plan Director del Olivar that was launched last fall and it was not until late February 2013 when I first met the tech­ni­cal group (task force) to ini­ti­ate the first con­tacts.

The law of Olivar, one of the projects that many Andalusian olive agents have hoped for, in the end, is meant to be just another fraud and dis­ap­point­ment for the sec­tor.

And if we go fur­ther in time, back to the sum­mer of 2012, when the Commissioner trav­eled to Spain and met the real­ity of our olive grove, we had another plan: Plan Cioloş. That seemed to be the sal­va­tion to many of the prob­lems of olive oil, and the first results of that will be if all goes well, pro­hibit­ing the use of refill­able oil­ers in 2014.

Not bad to adopt these mea­sures, as they are very nec­es­sary to enhance and pre­serve the qual­ity of EVOO, but there are other more impor­tant issues that affect the prof­itabil­ity of farm­ing and the mar­ket­ing of olive oils that need solu­tions and action urgently and quickly.

And finally, we have the Strategic Plan for Improving the Quality of Olive Oils, a com­pre­hen­sive doc­u­ment that includes every one of the prob­lems affect­ing pro­duc­tion and mar­ket­ing, both domes­ti­cally and abroad.

We know the prob­lems, but find­ing and adopt­ing solu­tions is not going to be easy, and mak­ing every­one happy is a tough task when the inter­ests are not always con­sis­tent.

Hopefully, our politi­cians think about these ques­tions, because some­times you do not need so many plans, but a bit more agility in deci­sion-mak­ing. 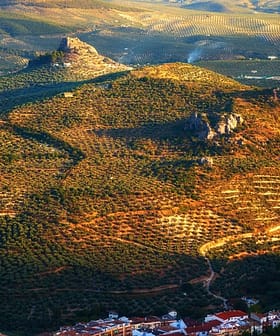 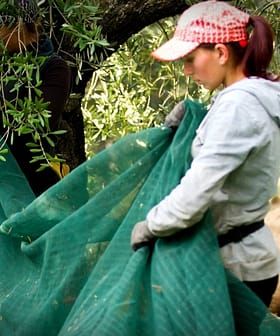