A young Spanish olive oil producer has decided to try using geese as weeders in his family´s olive groves. By doing so he not only hopes to keep down undergrowth, he also strives to promote the survival of an endangered Spanish goose.

Juan Olivares is a young olive oil pro­ducer from Castilla La Mancha, an area of Spain per­haps more famous for its cheeses than its olive oil. However, Juan´s family has been pro­duc­ing olives for at least five gen­er­a­tions. I met Juan a few years ago taking a long series of courses at the University of Jaén to become an expert olive oil taster.

By learn­ing to taste, he hoped to make his fam­i­ly’s award-win­ning olive oil Pago de Peñarrubia even better.

It was obvi­ous from the moment we met that he was a person that was going to make a mark. So it came as no sur­prise when we spoke to Juan more recently that he had a very unique project start­ing in his olive groves.

He laughed as he told me that his geese are his babies. “Do you want to see them? I will send you pic­tures.” He spoke as if he were a new proud grand­mother who just had her first grand­child. Of course, we wanted to see them!

Many groves use sheep and horses to keep under­growth down between olive trees, but after read­ing some stud­ies that were being done in the U.S. on the use of geese in agri­cul­ture, Juan decided that it was worth a try.

From ancient Egypt until the 1950s geese were used in agri­cul­tural prac­tice. The Romans, the Chinese, even Charlemagne encour­aged the use of fowl for weed­ing. Before the intro­duc­tion of her­bi­cides in the 1970´s there were geese.

Their light feath­ered bodies and webbed feet do not com­pact the soil like other live­stock and they do not munch on lower tree branches or cause tree damage. Geese are also rel­a­tively easy to main­tain and can offer other eco­nom­i­cal gains such as feath­ers, meat and eggs.

Juan was con­vinced. It was a cheap exper­i­ment. The most expen­sive ele­ment was build­ing a fence. He had the per­fect set­ting, an area in the older groves that was divided into three ter­races that he now uses as three test plots. In the first ter­race he imple­ments the geese and com­pares the plot with the other two.

He chose his geese wisely. It took him time to inves­ti­gate and find the breed he wanted to use. In the end he opted for an endan­gered Spanish goose, Oca Empordanesa, whose use in agri­cul­ture he thought could also pro­mote the bio­di­ver­sity of a native species.

It was not easy to find a breeder. However, once he did, he bought 10 geese when they were still goslings. Now there are 9. One went miss­ing and he believes it is pos­si­ble that a preda­tory bird snatched it up.

They have just now become full-grown and Juan is hoping to be able to see some results in his test plots soon. Only time will tell if this young farmer is on to a new trend in olive oil farm­ing.

Juan assures us that the geese are not always at work weed­ing. They also have a lovely pond where they splash about and spend their free time. 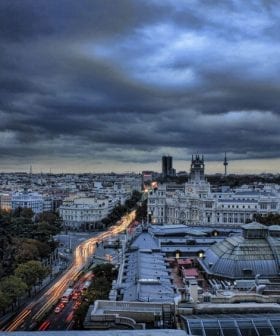 A combination of rain, wind and hail has severely damaged 90 percent of olive trees just outside of Madrid. Small farmers have been hit the hardest. 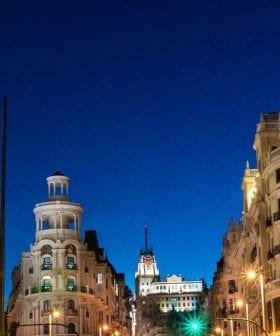 Bloomberg's Healthiest Country Index ranked Spain as the healthiest country in the world in 2019, beating out Italy. Healthy eating habits and the Mediterranean diet are mainly responsible for the increase. 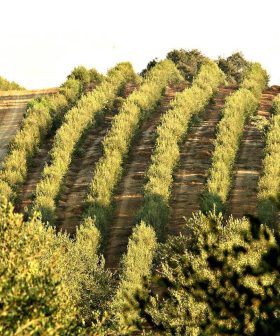 The UC Davis Olive Center is introducing a new class on olive growing, milling, and branding in June, bringing expert instructors together for a two-day immersion through classroom and field instruction. 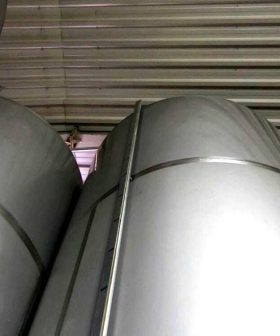 Major Spanish Cooperative Under Fire for Importing and Exporting Practices

Dcoop faces a €2.8 million fine from the Spanish authorities as well as scrutiny from the rest of the sector for what are seen as anti-competitive market practices.