The olive har­vest is under­way in sev­eral regions of Syria, and local grow­ers are hope­ful of a strong yield by the end of the sea­son.

According to local sources cited by the state news agency Sana, approx­i­mately 125,000 tons of olive oils should be expected in the 2022/23 crop year, a 20-per­cent increase com­pared with the pre­vi­ous year.

However, the country’s ongo­ing civil war, which started in 2011 and has since resulted in 610,000 peo­ple killed, includ­ing 307,000 civil­ians and up to 13 mil­lion inter­nally dis­placed peo­ple and refugees, has taken a pro­found toll on olive grow­ing.

Along with wheat and cot­ton, olives are one of the country’s main crops. Prior to the start of the civil war, pro­duc­tion and exports of these three crops accounted for 9 per­cent of the country’s annual GDP.

In the five years lead­ing up to the esca­la­tion of the con­flict in 2013, Syria pro­duced an aver­age of 176,600 tons of olive oil each year. Data from agri­cul­tural researchers in Hungary and Turkey indi­cate that from 2012 to 2016, Syria lost $795 mil­lion worth of value from the olive sec­tor.

Some of these losses resulted from Turkey’s inva­sion of north­west­ern Syria, where the for­mer estab­lished a buffer zone to house some of the mil­lions of refugees pour­ing over its bor­der and keep other rival fac­tions in the civil war at arm’s length.

During this time, Turkey was accused of steal­ing 35,000 tons of olive oil from Syria to export. Turkish offi­cials dis­puted the claim, argu­ing that the olive oil from occu­pied Syrian ter­ri­tory was obtained legit­i­mately.

Olive trees grow in many parts of Syria, but the most fruit­ful cul­ti­va­tion hap­pens in the north­west­ern por­tions of the coun­try, in the hilly land between the Aleppo and Idlib regions and along the moun­tains on the Mediterranean coast­line, from the Turkish bor­der to Damascus. These parts of the coun­try tra­di­tion­ally receive a larger amount of rain­fall dur­ing the win­ter sea­son.

According to the Satoyama Initiative of the United Nations, olive tree cul­ti­va­tion in Syria began around the year 2400 BCE. Many species of wild olive vari­eties thrive in the coun­try and are highly val­ued for their genetic diver­sity. 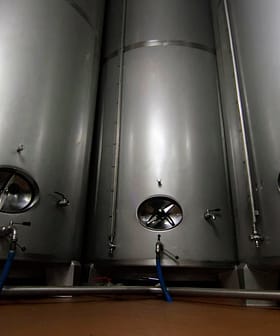