Lack of Consensus on EU Measures to Stop Outbreak in Salento

Following a European Commission pro­posal to chop down 11 mil­lion olive trees in South Italy infected by Xylella fas­tidiosa (Xf), a meet­ing of experts from the 28 European Union (EU) mem­ber states in Brussels failed to reach a con­sen­sus on the mea­sures to con­tain the spread of the bac­terium.

Xylella fas­tidiosa, a bac­terium spread by insects, has been blamed for the destruc­tion of over 74,000 acres of olive groves in the Salento region of Apulia (Puglia), South Italy.

At the meet­ing of the EU Plant Health com­mit­tee in Brussels on March 26 and 27, 2015, experts from the 28 EU mem­ber states had dif­fer­ing opin­ions on the best way to stop Xf.

Italy is opposed to the dras­tic mea­sures pro­posed by the European Commission, cit­ing resis­tance from local olive pro­duc­ers to the destruc­tion of cen­turies-old olive trees and dev­as­ta­tion of the local land­scape.

Meanwhile, France and Spain sup­port a hard-line approach, fear­ing the pos­si­ble con­t­a­m­i­na­tion of their own olive groves, vine­yards and even cit­rus trees by the insect-trans­mit­ted bac­terium.
See Also: More on the Xylella fas­tidiosa Outbreak in Apulia
Italy would be unable to veto any deci­sions to be taken on the erad­i­ca­tion plan as vot­ing is by a major­ity. Other EU mem­ber states called for a wider ban on plant exports from the Salento region and a larger buffer zone to be treated with pes­ti­cides to limit the spread of Xylella fas­tidiosa.

Local author­i­ties have ear­marked a one-mil­lion-hectare (2.4‑million acre) erad­i­ca­tion zone in the province of Lecce, with affected olive trees being marked with red crosses for immi­nent felling.

The region of Apulia is one of Italy’s largest pro­duc­ers of olive oil, pro­vid­ing 40 per­cent of Italy’s out­put last year.

Discussions are expected to con­tinue at another EU meet­ing in Brussels this month. 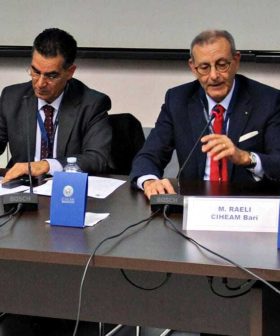 The International Olive Council and the International Center for Advanced Mediterranean Agronomic Studies organized a seminar with the goal of consolidating a common action plan against Xf. 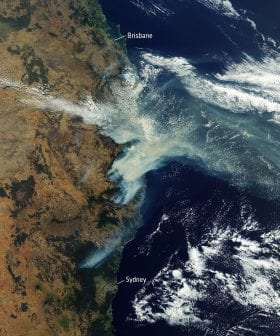 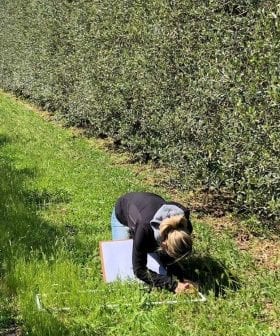