The European Commission has pro­posed cut­ting down up to 11 mil­lion olive trees in South Italy to con­tain the spread of Xylella fas­tidiosa. The bac­terium spread by insects has been blamed for the dev­as­ta­tion of over 74,000 acres of olive groves in the Salento region of Apulia (Puglia) in South Italy.

A study by the European Food Safety Authority (EFSA) had warned that the Xylella fas­tidiosa could spread from South Italy to olive groves in other coun­tries in the European Union (EU) and cause sig­nif­i­cant crop dam­age and loss.

The dras­tic mea­sures pro­posed by the European Commission will be dis­cussed and approved in Brussels in the com­ing weeks. Enrico Brivio, the senior European Commission spokesman for health and food safety, announced that the pro­posed mea­sures would include ​“erad­i­ca­tion, buffer zones and a strict limit on the move­ment of young trees.” The European Commission is soon expected to announce new plans to com­pen­sate olive grow­ers affected by the cri­sis.
See Also:Complete Coverage of the Xylella Fastidiosa Outbreak
The area iden­ti­fied for erad­i­ca­tion mea­sures 20,000 acres, an area which stretches between Lecce and Brindisi where 12 per­cent of olive trees are infected with the bac­terium. Some of the olive trees are believed to be over 500 years old. Local grow­ers fear the region will become arid and desert-like, and that the growth of new trees will not be sus­tain­able.

Vytenis Andriukaitis, the European Commissioner for Food Safety and Security, was quoted by the Daily Mail to be ​“pro­foundly con­cerned by the grav­ity of the sit­u­a­tion,” and declared ​“we have to take deci­sive mea­sures with imme­di­ate effect. Naturally it is very painful for the grow­ers but it is nec­es­sary to remove all the affected trees — it is the most effec­tive mea­sure.”

Meanwhile, the Italian com­mis­sioner respon­si­ble for the State Forestry of Apulia, Giuseppe Silletti, has declared that any action which is taken should not be hos­tile to the envi­ron­ment – by avoid­ing the uproot­ing of healthy trees and using pes­ti­cides to kill the harm­ful insects respon­si­ble for the spread of the bac­te­ria instead. 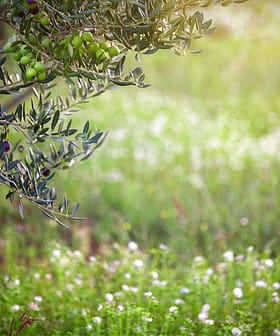 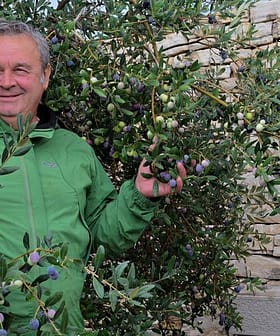 After climate change wreaked havoc on the 2021 harvest, one of Croatia’s leading producers believes the olive farming paradigm in the country must change.

Intensive groves will outnumber traditional farms thirty years from now, and the number of olive oil-producing countries will rise to 80, says Juan Vilar.

Filiera Olivicola Sardegna is raising money to train and hire locals to restore abandoned olive groves in the northwest of the Mediterranean’s second-largest island.