World's Best Olive Oils to be Unveiled in New York

In two weeks, judges at the New York International Olive Oil Competition will analyze more than 800 entries from around the world to identify this year's best extra virgin olive oils.

Olive oil is on people’s minds like never before. After a sear­ing exposé on ​‘60 Minutes’ and ram­pant alle­ga­tions of fraud and mis­la­bel­ing, there has never been so much doubt about olive oil qual­ity and authen­tic­ity.

Meanwhile, an end­less stream of research con­tin­ues to extol the extra­or­di­nary health ben­e­fits of extra vir­gin olive oil to com­bat dis­eases from can­cer to dia­betes and Alzheimer’s.

On April 14, 2016 there is one place no one will doubt the qual­ity of olive oil before them, when olive oil pro­duc­ers retail­ers, dis­trib­u­tors, chefs and jour­nal­ists from around the world will assem­ble for an exclu­sive tast­ing of the world’s best olive oils fol­lowed by the offi­cial unveil­ing of the NYIOOC win­ners and awards recep­tion.

Now in its fourth year, the New York International Olive Oil Competition is the largest and most pres­ti­gious olive oil qual­ity con­test in the world.

More than 800 entries from 26 coun­tries will be ana­lyzed over four days by an inter­na­tional panel of the world’s most expe­ri­enced olive oil tasters.

Capping the event at 5:30 PM is the press con­fer­ence where the NYIOOC win­ners — the World’s Best Olive Oils for 2016 — are unveiled.

The announce­ment, open only to event ticket hold­ers, is broad­cast live and cov­ered by regional and inter­na­tional media.

The press con­fer­ence will be fol­lowed by a recep­tion at 6:00 fea­tur­ing the ​“world’s best olive oil mar­tini” in honor of the com­pe­ti­tion win­ners.

The event takes place at 873 Broadway (at 18th Street) near New York’s Union Square. A lim­ited num­ber of tick­ets to the event are avail­able on the NYIOOC web­site. 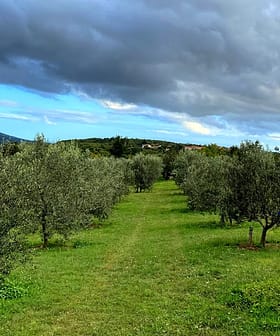 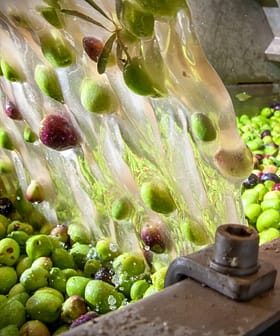