The results of the 13th edi­tion of the Sol d’Oro North Hemisphere 2015 com­pe­ti­tion have been revealed and Italy nearly swept the awards win­ning 14 out of 15 medals, while Spain took home just one, along with 19 ​“Grand Mentions.” Portugal and Croatia gained one Grand Mention each.

The inter­na­tional panel led by Marino Giorgetti tasted 238 sam­ples from seven coun­tries — as many as in 2014 when 80 enter­ing oils from Chile were included. This year the orga­niz­ers decided to split the com­pe­ti­tion into two dif­fer­ent ones.

Competing in the com­pe­ti­tion were 167 entries from italy, 55 from Spain, 7 from Greece, 5 from Portugal, 3 each from Croatia and Germany and 1 each from Slovenia and Turkey.

The results seem to con­firm the char­ac­ter­i­za­tion ​“lit­tle but good” for Italy’s 2014/15 pro­duc­tion sea­son. Italian and Spain suf­fered severe losses to crops this year, but the oils that were pro­duced seem to be of good qual­ity.

“We feared a sub­dued year con­sid­er­ing the hard har­vest­ing time marked out by par­tic­u­larly adverse weather,” Giorgetti said, ​“but we had to change our mind, indeed. The huge num­ber of sub­mit­ted sam­ples also shows the pro­duc­ers’ great self-assess­ment abil­ity. The qual­ity level of organic extra vir­gin olive oils was par­tic­u­larly strik­ing, since this cat­e­gory usu­ally is more at risk when it has to face hard weather con­di­tions.”

Among Italian com­peti­tors, Abruzzo dom­i­nated the top clas­si­fi­ca­tion, fol­lowed by Sicily, while Umbria won for the first time with a Bronze Medal to Frantoio Gaudenzi.

The most sur­pris­ing result of this year com­pe­ti­tion, though, came from the small Sicilian vil­lage of Buccheri, in the inner province of Syracuse — and in the very heart of the Tonda Iblea coun­try — which took home 3 out of 5 Gold Medals for Agrestis, Terraliva and La Tonda brands.

Veronafiere, the com­pe­ti­tion’s main orga­nizer, made the awarded oils avail­able for a tast­ing by the press while the gen­eral pub­lic will be able to taste and com­pare them, together with those of the Sol d’Oro South Hemisphere 2014, on the occa­sion of the Sol&Agrifood 2015 event to be held in Verona from 22 to 25 March. 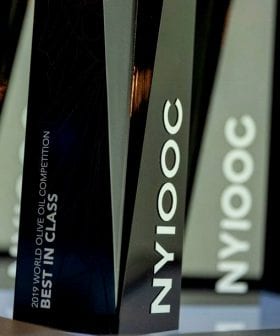 Early registration is open for the world's most prestigious olive oil quality contest. 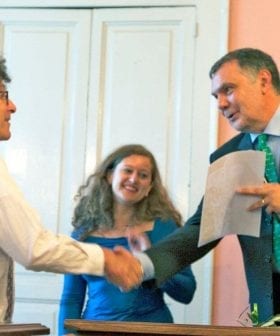 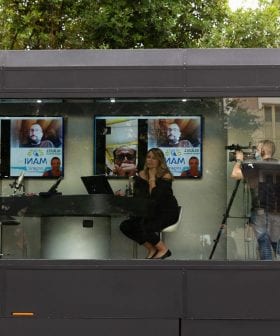 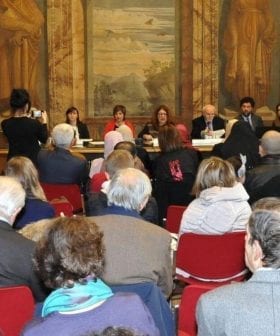