The European Union released its monthly olive oil pro­duc­tion esti­mates and total quan­ti­ties pro­duced so far, with Spain in the lead but falling behind last year’s record har­vest and sub­stan­tial out­puts deliv­ered by Italy, Greece and Portugal.

Spain again tops the list of EU olive oil pro­duc­ers, hav­ing pro­duced a total of 1,116,171 tons by the end of March. The over­all yield of the sea­son is expected to reach 1,120,000 tons, sig­nif­i­cantly reduced as pre­dicted com­pared with the all-time high yield of 1.77 mil­lion tons of olive oil in the pre­vi­ous crop year.

The EU also reported on the final stock esti­mates after milling oper­a­tions are com­pleted for the cur­rent crop year, with the stock of Spain reach­ing 600,700 tons and olive oil reserves of Italy and Greece reach­ing 50,000 and 62,700 tons respec­tively.

By February, another 213,500 tons of olive oil had been with­drawn from the European mar­ket to be stored for a max­i­mum period of six months under the pri­vate stor­age aid scheme applied by the European Commission to help rebal­ance prices.

On top of that, the European farm­ers’ asso­ci­a­tion Copa-Cogeca has warned that the decel­er­a­tion of exports due to the coro­n­avirus trans­port restric­tions could ren­der more quan­ti­ties of prod­ucts like wine and olive oil idle ahead of the next mar­ket­ing sea­son. 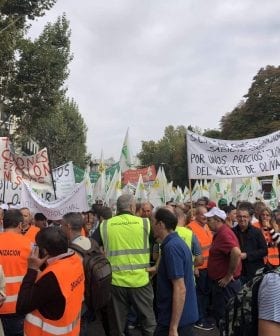 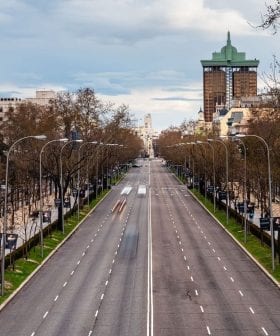 Seven small-scale Syrian farmers were given new hope for a better future as they learned new skills from farming communities in Piedmont and Liguria.