According to the head of the olive oil sec­tor at the European Commission, the final pro­duc­tion and trade fig­ures from the European Union for the 2020/21 crop year con­firm a grow­ing trend.

Gabriel Vigil told a meet­ing of the International Olive Council that exports, which reached 634,000 tons in 2020/21, are des­tined to accel­er­ate. He added that the E.U. pro­duced 2.05 tons of olive oil in the pre­vi­ous crop year.

According to the lat­est E.U. esti­mates, the inter­na­tional olive oil trade will not stop grow­ing until at least 2030.

E.U. experts said olive oil exports will grow both in exist­ing mar­kets and new ones due to the grow­ing pop­u­lar­ity of extra vir­gin olive oil and the Mediterranean diet. Between 2022 and 2030, E.U. olive oil exports are esti­mated to exceed one mil­lion tons, nearly 40 per­cent above the rolling five-year aver­age (717,900 tons).

While speak­ing at the IOC con­fer­ence in Tbilisi, Georgia, Vigil explained how the growth of olive oil imports in the E.U. will flat­ten from the next sea­son on while pro­duc­tion should reach almost 2.5 mil­lion tons by 2030.

Vigil noted that less than six mil­lion hectares within the E.U. are devoted to olive grow­ing, and this fig­ure was unlikely to increase much in the com­ing years.

He attrib­uted this to com­pe­ti­tion com­ing from other crops and the chal­lenges related to water avail­abil­ity. Still, Vigil added, the share of irri­gated olive groves is increas­ing steadily, con­firm­ing the grow­ing rel­e­vance of high-den­sity and super-high-den­sity olive groves in the future of pro­duc­tion.

As the trend toward mod­ern olive grow­ing con­tin­ues, olive grow­ing in the E.U. is expected to be increas­ingly organic with the abil­ity to antic­i­pate the har­vest and cur­tail pests and pathogens while increas­ing qual­ity.

Spain and Italy are expected to remain the most rel­e­vant pro­duc­ing coun­tries in the E.U., but Vigil added that Portugal is expected to see the largest pro­duc­tion increases, a rise of three per­cent by 2030 com­pared with 2019.

He warned that the future of the global olive oil trade is con­nected to the abil­ity of the sec­tor to over­come seri­ous chal­lenges such as cli­mate change and the grow­ing role of non‑E.U. olive oil pro­duc­ers, includ­ing Tunisia, Egypt and Turkey.

However, Vigil con­cluded that oppor­tu­ni­ties lie in chang­ing global con­sumer behav­ior, which is increas­ingly favor­able to olive oil. 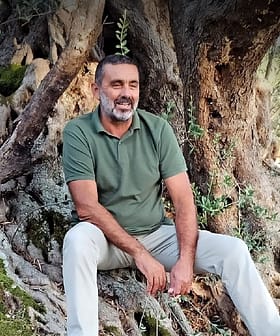 The Commission's plans include excluding fertilizer producers from natural gas rationing, financial aid for farmers and the liberalization of international fertilizer trade.

Olive oil of high quality, medium quantity and average prices with increased production costs amid adverse weather were the main characteristics of the harvesting season in Greece.

Calif. Olive Farmers Should Blame Their Government for Inability to Compete with Spain, Not the E.U.