Tunisia, Italy, Portugal and Algeria experienced the largest production decreases. Lower yields throughout much of the world were partially offset by a bumper harvest in Spain and a good year in Morocco.

The largest pro­duc­tion decrease took place in Tunisia, which is expect­ing out­put to drop by 66 per­cent this year, with the yield falling to 120,000 tons.

A com­bi­na­tion of many pro­duc­ers enter­ing an off-year, lack of rain­fall at key moments in olive devel­op­ment and poor agro­nomic prac­tices all con­tributed to the pro­duc­tion drop.

Italy expe­ri­enced a steep decline, with pro­duc­tion falling by 30-per­cent this year.

Bad weather in the spring, many pro­duc­ers in the south of the coun­try enter­ing an off-year and ris­ing rates of Xylella fas­tidiosa in Puglia led to the sig­nif­i­cant pro­duc­tion decline.

Algeria and Portugal were also among the coun­tries with the largest drops in pro­duc­tion with 29 per­cent declines. Algeria is expected to pro­duce 89,500 tons and Portugal will pro­duce about 100,000 tons.

Even with the drops in both Italy and Portugal, as well as more mod­est decreases in Greece, Cyprus and France, olive oil pro­duc­tion in the European Union grew by 16-per­cent. The eight coun­tries respon­si­ble for vir­tu­ally all of the bloc’s olive oil pro­duced 2,232,800 tons — seven-per­cent more than the rolling-five-year aver­age.

Most of the increase came as the result of a bumper har­vest in Spain, which the IOC esti­mates will pro­duce 1,596,100 tons, the country’s fourth-largest yield on record.

However, pro­duc­ers from the olive oil-soaked south of the coun­try said the strong har­vest came despite a year of drought and chal­lenges brought by the Covid-19 pan­demic.

Very small pro­duc­tion increases were recorded in Croatia and Slovenia.

Outside of the European Union, the only other major pro­duc­tion increase was in Morocco. The North African coun­try is pre­dicted to pro­duce 160,000 tons of olive oil this year and attrib­uted its sec­ond-high­est yield on record to recent invest­ments in plant­ing new olive groves.

Other notable decreases were recorded in Palestine, which saw pro­duc­tion drop by nearly 70 per­cent. The Palestinian olive oil crop fell from a record-high 39,500 tons in 2019/20 to 12,000 tons this year, the low­est total in more than a decade.

Neighboring Jordan also expe­ri­enced a drop in pro­duc­tion, with its own yield falling to 25,000 tons after reach­ing a record-high 34,500 tons the year before.

Israel saw its pro­duc­tion drop too, with this year’s yield falling by 42 per­cent to reach 11,000 tons, the low­est level in a decade.

Turkey expe­ri­enced a slight pro­duc­tion dip as well, with the yield slip­ping by seven per­cent as many pro­duc­ers entered an off-year and bad weather hit the olive oil-rich west of the coun­try. 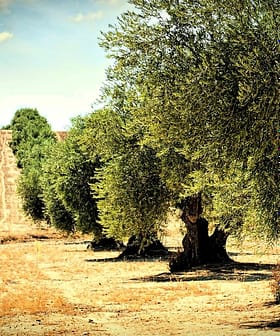 Along with a steep fall in the quantity of olive oil produced, some analysts are worried quality could decrease significantly too.

New research shows that billions of working hours have been lost to excessive heat globally. The trend will accelerate in the next decades as the planet warms.

Scientists and farmers at the latest LIFE Resilience project workshop in Portugal discussed how nature and technology will shape the future of European olive growing.

Production and exports are expected to surge in Spain and Portugal. Italy will see modest production gains and fewer imports. Production in Greece is projected to fall.