The producer of the award-winning Laudemio brand teaches the art of making great olive oil to inmates serving sentences in the penal institution of Sollicciano, in the suburbs of Florence.

The pro­ducer of the award-win­ning Laudemio brand teaches the art of mak­ing great olive oil to inmates serv­ing sen­tences in the penal insti­tu­tion of Sollicciano, in the sub­urbs of Florence.

The idea started with the devel­op­ment of a wine­mak­ing pro­gram on the island of Gorgona, the model prison where inmates live in open air and are employed in agri­cul­tural projects includ­ing the pro­duc­tion of olive oil. The good results led to extend the plan Frescobaldi per il sociale (Frescobaldi for social) to other penal insti­tu­tions.

“The activ­ity at Sollicciano is part of our desire to pro­vide a pro­fes­sional oppor­tu­nity for detainees,” Lamberto Frescobaldi, the pio­neer of the project, told Olive Oil Times. ​“There was an olive grove in the gar­den of the prison, with plants that had been recently planted and left unman­aged,” he explained.

“We know a good extra vir­gin olive oil is the result of a sound man­age­ment of the trees which involves ade­quate agri­cul­tural prac­tices and treat­ments. Our agron­o­mists sup­ported the inmates and last year they pro­duced a very good prod­uct.”

After an ini­tial good har­vest that boosted the work, this year has been more com­pli­cated due to the need for sev­eral treat­ments. Nevertheless, the pro­duc­tion has been extended to a new olive grove located on a hill out­side the prison, where inmates have the oppor­tu­nity to go for dur­ing the har­vest period.

“They are employed and rightly paid,” Frescobaldi pointed out. ​“This makes them return to work again, while they become inde­pen­dent and able to help their fam­i­lies.” Work and per­sonal com­mit­ment dig­nify the detainees, who are also grat­i­fied by the cre­ation of a high-qual­ity prod­uct. ​“If the extra vir­gin olive oil is good, those who have pur­chased it once, will buy it again, and not only for char­ity. We want the detainees to be proud of their work and the con­sumer to be impressed with the intrin­sic qual­ity.”

Consisting of Moraiolo, Leccino, Frantoio and Pendolino which are pressed at Castello di Nipozzano estate, the blend takes its name from the area inside the prison called Giardino degli incon­tri, or Garden of reunion.

Designed by the archi­tect Giovanni Michelucci, it is a dig­ni­fied place where detainees meet their fam­i­lies. ​“When the time came to pick a name, I thought about this place because good extra vir­gin olive oil brings peo­ple together,” said Frescobaldi. ​“I hope that our EVOO will be used by peo­ple to spend good time together, shar­ing its qual­ity and con­fi­dently look­ing into the future.” 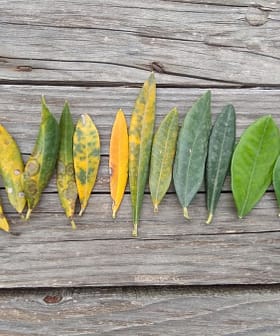 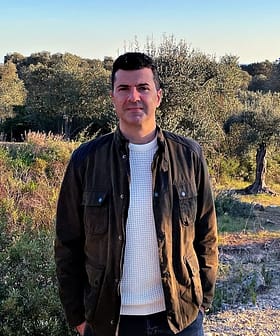