The United States Court of International Trade has ruled that the argu­ments used by the U.S. Commerce Department as the basis of the 35-per­cent tar­iff it imposed on black Spanish table olive imports in August 2018 are ​“not in accor­dance with law.”

This deci­sion from the American jus­tice sys­tem could lower the tar­iffs from 35 per­cent to 20 per­cent, which would be a very impor­tant reduc­tion.- Antonio de Mora, sec­re­tary-gen­eral, Asemesa

Judge Gary Katzmann said the new argu­ments once again did not show that sub­si­dies pro­vided to Spanish table olive pro­duc­ers from the European Union and Spanish gov­ern­ment via the Common Agricultural Policy (CAP) vio­lated the Tariff Act of 1930.

The Commerce Department also had to prove that demand for olive vari­eties suit­able for the pro­duc­tion of table olives is depen­dent on demand for the table olives. To this point, the judge said that to reach its con­clu­sion based on exist­ing U.S. law and prece­dent, the depart­ment had relied on an ​“imper­mis­si­ble inter­pre­ta­tion” of the law.

The court has now told the Commerce Department to revise the tar­iffs so that the department’s inter­pre­ta­tion of the Tariff Act matches the opin­ion of the court.

The Spanish Association of Table Olive Exporters and Producers (Asemesa), which was one of the plain­tiffs in the case, said that it expects the Commerce Department to reduce the tar­iffs, which would once again allow Spanish table olive pro­duc­ers to com­pete in the lucra­tive U.S. mar­ket.

“This deci­sion from the American jus­tice sys­tem could lower the tar­iffs from 35 per­cent to 20 per­cent, which would be a very impor­tant reduc­tion,” Antonio de Mora, Asemesa’s sec­re­tary-gen­eral, said in a press release. ​“Although it is pos­si­ble that the Commerce Department will try to refor­mu­late its argu­ments to adapt them to the judge’s opin­ion, it may also hap­pen that it finally decides to yield and elim­i­nate the anti-sub­sidy tar­iff.”

“There are still many vari­ables to con­sider, but we believe that this opin­ion is very favor­able to the inter­ests of the Spanish black olive since both issues have been ruled in our favor in terms of legal inter­pre­ta­tion and not of assess­ment of the facts,” he added.

According to Asemesa, black table olive exports to the U.S. have fallen by 68 per­cent since the tar­iffs were man­dated back in 2018.

Along with a sep­a­rate set of tar­iffs imposed by the U.S. International Trade Commission on green table olive imports, the entire Spanish table olive sec­tor lost an esti­mated €135 mil­lion since 2018, the trade body said.

De Mora said there was fur­ther rea­son for Spanish table olive pro­duc­ers to be opti­mistic as the find­ings by the U.S. court may influ­ence the deci­sion of the World Trade Organization on a sim­i­lar case.

“At the same time, [the rul­ing] rep­re­sents very impor­tant sup­port to the process opened by the European Union before the WTO, in which these two argu­ments are also fun­da­men­tal,” De Mora said.

The WTO was set to rule on a sep­a­rate case brought by the E.U. at the end of June, which said the tar­iffs imposed by the Commerce Department vio­lated sev­eral sec­tions of the WTO’s Agreement on Subsidies and Countervailing Measures, General Agreement on Tariffs and Trade 1994 and Anti-Dumping Agreement. Both the E.U. and the U.S. are sig­na­to­ries to all three inter­na­tional agree­ments.

However, due to a case back­log caused by the Covid-19 pan­demic, the WTO announced ear­lier this month that it would not issue its final report on the mat­ter until the end of August 2021. 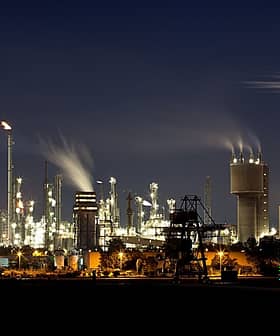 A Plan to Decarbonize Europe

After lengthy negotiations, the European Union is one step closer to the goal of becoming carbon neutral within 2050. 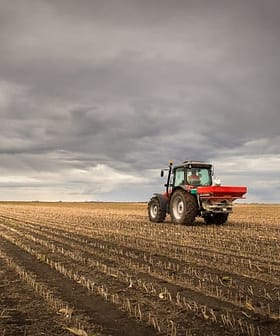 How to Follow the Mediterranean Diet and Enjoy Its Health Benefits

The Mediterranean diet is famous for its health benefits, but many people are unsure of what it is or how to follow it.