A new study has found that fol­low­ing a Mediterranean-type diet can delay the onset of Parkinson’s dis­ease by up to 17.4 years for women and 8.4 years for men.

According to mul­ti­ple health orga­ni­za­tions, there is still no cure for the long-term degen­er­a­tive dis­ease of the cen­tral ner­vous sys­tem. It remains the fastest-grow­ing neu­ro­log­i­cal con­di­tion in the world.

The study shows indi­vid­u­als with Parkinson’s dis­ease have a sig­nif­i­cantly later age of onset if their eat­ing pat­tern closely aligns with the Mediterranean-type diet.- Silke Appel-Cresswell, neu­rol­o­gist, UBC Faculty of Medicine

Parkinson’s dis­ease is caused when cells in the brain stop work­ing, which leads to tremors, stiff­ness and impaired mus­cles.

The study was con­ducted by researchers at the University of British Columbia (UBC) and com­pared two diets: the Mediterranean and Mediterranean-DASH Intervention for Neurodegenerative Delay (MIND) diets.

“The study shows indi­vid­u­als with Parkinson’s dis­ease have a sig­nif­i­cantly later age of onset if their eat­ing pat­tern closely aligns with the Mediterranean-type diet,” said Silke Appel-Cresswell, a move­ment dis­or­der neu­rol­o­gist at the UBC Faculty of Medicine.

“There is a lack of med­ica­tions to pre­vent or delay Parkinson’s dis­ease yet we are opti­mistic that this new evi­dence sug­gests nutri­tion could poten­tially delay onset of the dis­ease,” she added.

The study included 225 par­tic­i­pants with Parkinson’s dis­ease and 156 con­trol par­tic­i­pants. The Mediterranean diet had a more pos­i­tive cor­re­la­tion with men and the MIND diet with women in the group.

The researchers also high­lighted that a grow­ing num­ber of stud­ies have shown that exer­cise may also be an effec­tive way to reduce neu­ro­log­i­cal decline.

Separately, a research team from the Government College University Faisalabad con­firmed extra vir­gin olive oil – one of the Mediterranean diet’s main com­po­nents – as ben­e­fi­cial for peo­ple suf­fer­ing from Parkinson’s dis­ease.

They said the polyphe­nols in extra vir­gin olive oil help pro­tect against the dis­ease by reduc­ing oxida­tive stress in the brain. 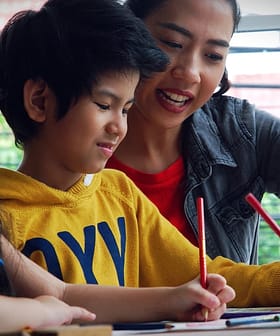 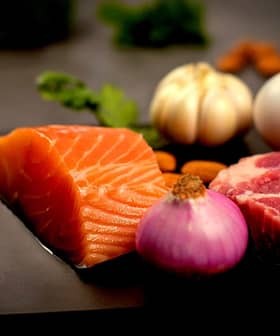