First drought, now blight. Widespread bac­te­r­ial infec­tion has already destroyed thou­sands of olive trees across Italy’s Puglia region, with num­bers only fore­cast to rise sharply, adding to the eco­nomic effects of droughts in Spain and California.

The insect-borne bac­terium xylella fas­tidiosa has infected trees across 74,000 acres in Puglia, which makes up Italy’s ​“heel” in the south. 11 mil­lion met­ric tons of olives are pro­duced each year in the region, account­ing for 1/3 of the national crop, mak­ing it Italy’s most impor­tant olive oil pro­duc­ing region.

Farmers have resorted to burn­ing their trees — some of which are nearly 500 years old — in an attempt to stem the spread of infec­tion. Many fear that olive oil prices in places like the United States, where Italian-pro­duced oil has a 51 per­cent mar­ket share — will sky­rocket in the wake of the cri­sis.

“Prices will rise by 30 to 40 per­cent because there will be fewer olives and there­fore less oil pro­duced,” Raffaele Piano, a Puglia olive farmer, told Agence France-Press.

The loss of trees alone has cost the region €250 mil­lion ($330 mil­lion). As the eco­nomic effects of the blight con­tinue to spi­ral, offi­cials have drafted plans to man­age the disease’s spread.

“The dis­ease is con­tin­u­ing to spread thanks to the sum­mer tem­per­a­tures and we have to take the right mea­sures,” Angelo Corsetti, a spokesman for the national agri­cul­tural orga­ni­za­tion, Coldiretti. ​“There will be a gen­uine cor­don san­i­taire of 8,000 hectares where it will be oblig­a­tory to destroy the trees,” he said.

The mile-wide buffer zone will stretch from the Adriatic coast in the east to the Ionian coast in the west in an attempt to con­tain the blight, which causes trees to dry out stop bear­ing fruit. Inside the area, grass will be trimmed down and pes­ti­cides sprayed to con­trol the insect pop­u­la­tion that car­ries the bac­te­ria. 800,000 trees exist inside the area to be cor­doned, with an esti­mated half infected at this point.

An emer­gency decree pro­vid­ing €3.5 mil­lion ($4.6 mil­lion) of funds and orders for farm­ers and offi­cials to take action is set to come into place on August 27. Some crit­i­cize the delay in action, point­ing to the fact that the cri­sis emerged while many Italians were on tra­di­tional month-long vaca­tions dur­ing August.

“Xylella does not go on hol­i­day,” said Gianni Cantele of Coldiretti, the national agri­cul­tural orga­ni­za­tion. 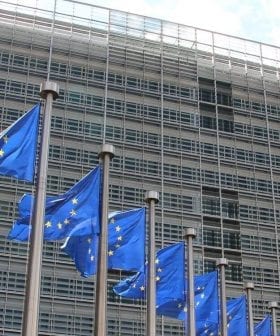 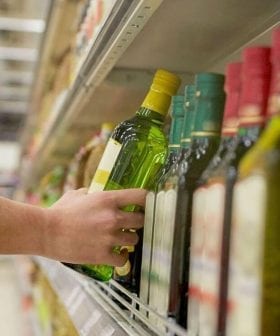 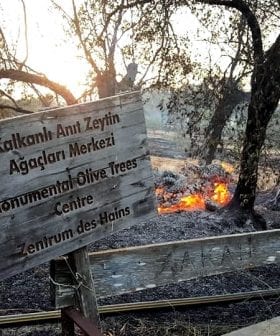 Wildfires ravaged northern Cyprus last weekend, destroying tens of thousands of acres of crops and forest. Olive growers and oil producers, already struggling as a result of the COVID-19 pandemic, are facing additional challenges in the aftermath of the blaze. 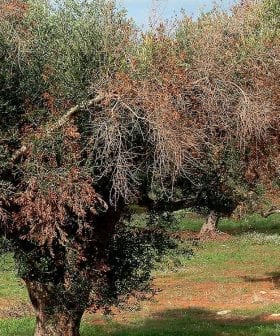 The notorious crop-waisting scourge, Xylella fastidiosa appears in Israel, but it’s not yet time to panic.