After a four-year trial, researchers said that grafting traditional Andalusian varieties with Verticillium wilt-resistant ones was ineffective.

The University of Córdoba’s agron­omy depart­ment has announced that its four-year efforts at com­bat­ing Verticillium wilt by graft­ing Andalusian olive trees with resis­tant vari­eties have failed the field test.

Olives are among the most impor­tant fruit crops in the Mediterranean region. In the south­ern Spanish region of Andalusia, olive trees occupy more than 30 per­cent of all agri­cul­tural land.

In a soil with a high con­cen­tra­tion of Verticillium dahliae, the use of this con­trol strat­egy should be ruled out.- Pedro Valverde, researcher, University of Córdoba

Among the mount­ing chal­lenges fac­ing olive farm­ers in the Mediterranean are deadly dis­eases, such as Verticillium wilt or Verticillosisis. The con­di­tion is caused by Verticillium dahlia, a soil-borne fun­gus belong­ing to a class of fungi that affects more than 300 plant species.

The fun­gal infec­tion is cur­rently one of the biggest threats to Andalusian olive groves and across the world because there is no known method of con­trol­ling it effec­tively. Though there are resis­tant olive cul­ti­vars, they are still sus­cep­ti­ble to fun­gal infec­tion, just to a lesser extent.

The sit­u­a­tion is aggra­vated by the abil­ity of the fun­gus to sur­vive for years in the soil, mean­ing it can con­tinue affect­ing olive groves and other crops planted long after the infected trees are destroyed.

In Andalusia, the vari­eties tra­di­tion­ally acknowl­edged as highly pro­duc­tive, such as Manzanilla de Sevilla, Picual and Hojiblanca, are highly vul­ner­a­ble to fun­gal infec­tion.

On the other hand, the more resis­tant types of olive trees, includ­ing Frantoio, do not pos­sess the agro­nomic qual­i­ties sought out by farm­ers.

To solve this prob­lem, the University of Córdoba has been research­ing vari­eties with accept­able agro­nomic char­ac­ter­is­tics com­bined with resis­tance to Verticillium wilt. One of their approaches has been to com­bine resis­tant vari­eties with highly pro­duc­tive trees via graft­ing.

However, after four years, the grafted olives had devel­oped severe symp­toms of the fun­gal dis­ease, just like the plants would have exhib­ited if they had been grown from their roots.

“In a soil with a high con­cen­tra­tion of Verticillium dahliae, the use of this con­trol strat­egy should be ruled out,” Pedro Valverde, a mem­ber of the research team, con­cluded. ​“Perhaps, test­ing in less infected fields, we can obtain other results.”

Carlos Trapero, a fel­low researcher on the project, added that despite the dis­ap­point­ing results of the tri­als, farm­ers cul­ti­vat­ing other vari­eties would be less vul­ner­a­ble to expo­sure.

“The sit­u­a­tion is sta­ble due to the use of more resis­tant vari­eties in the new plan­ta­tions,” he said. ​“Such is the case of hedge plan­ta­tions in which vari­eties such as Arbosana or Arbequina, which are mod­er­ately resis­tant, are used.” 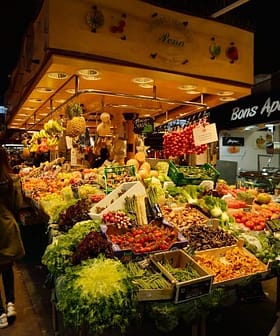 Highlighting the need for public-private-sector cooperation, the Mediterranean Diet Foundation set out its strategy for meeting the goals of the UN 2030 Agenda for sustainable development.