The charm­ing vil­lage of Taggia, dat­ing back to the Roman Empire and set between the Ligurian sea and the inland of the Valle Argentina, hosted the sec­ond edi­tion of Meditaggiasca on May 10 – 11. Beside its noble his­tory and the beau­ti­ful reli­gious build­ings of the ancient ham­let, Taggia is well known for the excel­lent qual­ity of the olives grow­ing in the sur­round­ings, named Taggiasca after the vil­lage (and known as Cailletier in the near French Riviera).

This is a dual-use cul­ti­var, prized both for the extrac­tion of ele­gant extra vir­gin olive oils with a def­i­nite scent of almond, and as table olives, cured black, that are highly appre­ci­ated in the local cui­sine and by chefs every­where.

Many gath­ered in Taggia for Meditaggiasca, to cel­e­brate this great vari­ety and its oil.

Igor Macchia, chef at La Credenza in Turin, pre­sented a Taggiasca olive oil dip with sea urchins and Parmesan and gin­ger sauce. Andrea Sarri, chef and owner at Ristorane Sarri in Imperia, made the won­der­ful and tasty cap­pel­lacci (stuffed pasta) of pota­toes and mus­sels with fresh broad­beans and peas puree and Taggiasca olives. Guido Alciati, heir of the renowed Alciati fam­ily from Piedmont, pre­pared a guniea-fowl fil­let with anchovies and Taggiasca olives. Davide Canavino, chef at La Voglia Matta in Genova, also used the Taggiasca olives for its coloured and fas­ci­nat­ing dessert, pair­ing it with salad and radish.

Those are only some of the imag­i­na­tive and intrigu­ing recipes that were pre­sented dur­ing the event intro­duced by the Italian jour­nal­ist and food critic Luigi Cremona. He also invited on the stage and hon­ored many local pro­duc­ers like Franco Boeri Roi, Giuseppe Boeri, Vincenzo Garino, Giovanna Orengo, Fabrizio Vane, Cristina Armato, Angelo Lupi, Massimo Santamaria, Sonia Parodi and Monica Fagnani.

Other prod­ucts of the Valle Argentina such as wines and cheeses were also show­cased in the Medieval clois­ter of the mag­nif­i­cent con­vent of San Domenico a Taggia, dat­ing back to the XVI cen­tury, while the culi­nary demon­stra­tions were hosted in its refec­tory. The best local extra vir­gin olive oils made with Taggiasca olives were awarded by the asso­ci­a­tion Oro di Taggia. A spe­cial award went to the Taggia-born food designer Mauro Olivieri, for con­tribut­ing to the devel­op­ment and growth of the val­ley’s image and celebrity through his work and projects.

Once again, olive oil and olives proved to be a pow­er­ful tes­ti­mo­nial and cat­a­lyst for an area that has many oth­ers jew­els to be dis­cov­ered. 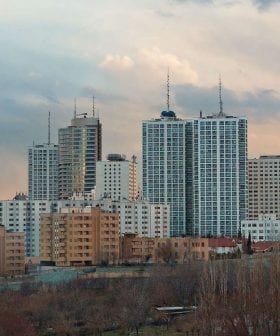 Iran had a record-breaking year in terms of its olive oil production. However, poor government planning and corruption are thwarting the sector’s full potential. 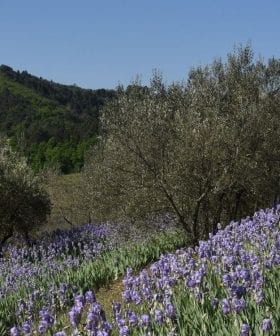 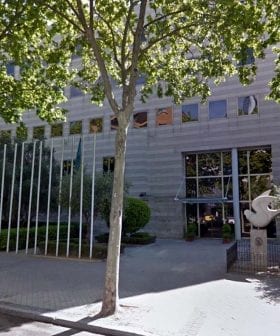 IOC, UN Collaborate to Have Olive Recognized as Priority Species

Along with achieving recognition for the olive tree, the IOC is also planning to invest in germplasm banks, ensuring healthy and authenticated samples are being entered and cared for. 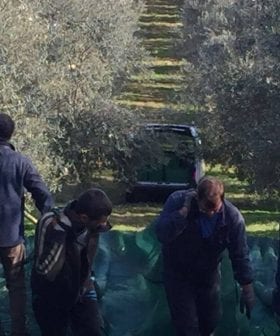 Some producers are already at work, while many others are getting ready for a new olive oil campaign committed to the highest standards of quality.