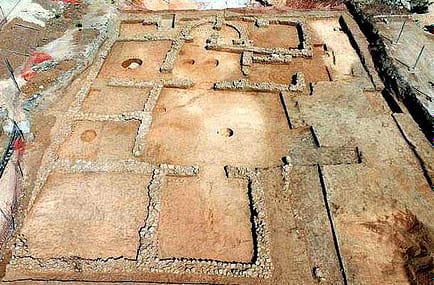 The area of Antequera in Andalusia Southern Spain, is well known as a key pro­ducer of olive oil in Modern Times, how­ever the recent dis­cov­ery of the ruins of a Roman villa once ded­i­cated to olive oil pro­duc­tion sup­ports the already sub­stan­tial evi­dence that the impor­tance of the prod­uct in the region dates back is ancient indeed.

With the dis­cov­ery of five new vil­las over the last year, the Antequera basin, which lies in the province of Málaga, has become one of the areas with the largest num­ber of such ruins through­out the Iberian Peninsula. The five new dis­cov­er­ies will add to the 44 vil­las already unearthed in the area that is famed for its archae­o­log­i­cal sig­nif­i­cance.

The dis­cov­ery of three of the new vil­las came dur­ing the exca­va­tion for the route of a new high speed train line, while the other three vil­las were chance find­ings. For the most part, the vil­las con­sisted of areas for agri­cul­tural work such as the pro­duc­tion of olive oil, as well as those ded­i­cated to hous­ing and enter­tain­ment for its own­ers.

The find­ings rein­force archae­o­log­i­cal stud­ies sug­gest­ing that the olive tree has had a major impact on the econ­omy of the region for the last 2,000 years. It seems that while pro­cess­ing tech­niques may have changed vastly over the period, the type of olive grow­ing in the area has not: Analysis done on olive stones from the vil­las and sur­round­ing areas by the Department of Agriculture at the University of Córdoba sug­gests that in ancient times the land was cul­ti­vated with a type of olive very sim­i­lar to the mod­ern Hojiblanca vari­ety.

The vil­las are thought to have orig­i­nated in the 1st cen­tury AD and con­tin­ued oper­a­tion well into the 5th cen­tury. Olive oil is known to have had great impor­tance in this era, being used by the Romans for trade and even to pay taxes, and it appears that olive oil pro­duc­tion was a key fac­tor in the econ­omy of Antequera even in these times. The area con­tin­ues to be a key olive oil pro­ducer in the mod­ern era, with acqui­si­tion of a Denomination of Origin in the year 2000, the first for the Málaga region.

It has been sug­gested that some of the new dis­cov­er­ies will be trans­ported to the olive oil museum in the city, a pop­u­lar tourist des­ti­na­tion. The museum, which is oper­ated by the olive oil coop­er­a­tive Hojiblanca, also houses a repro­duc­tion of a winch type mill used in Roman times, a method of olive oil pro­duc­tion that did not change until the twen­ti­eth cen­tury with the evo­lu­tion of cen­trifuges, in addi­tion to numer­ous ancient olive stones and other his­tor­i­cally impor­tant olive oil related arti­facts. 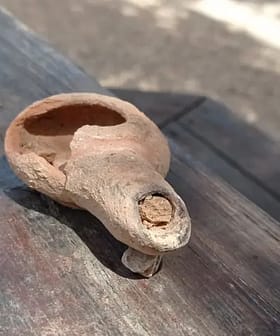 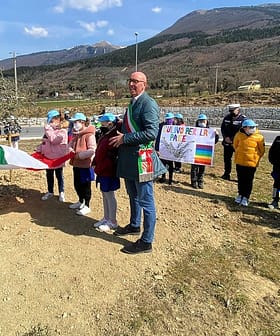 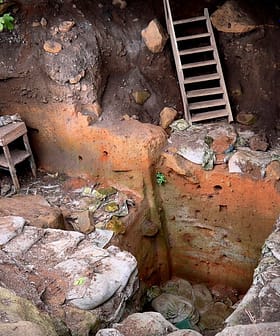