Farmers and cooperatives are uneasy with the new European Union policy aimed at sustainable food production and its effects on prices.

Farmers and agri­cul­tural coop­er­a­tives are wor­ried about the unin­tended con­se­quences of the European Union’s plans for a more sus­tain­able food pro­duc­tion sys­tem.

The pro­pos­als are in line with the 27-mem­ber bloc’s Green Deal, which seeks to improve the health and well­be­ing of cit­i­zens by pro­vid­ing healthy and afford­able food while caus­ing min­i­mal envi­ron­men­tal impact.

As the CAP has been designed, the mar­ket instru­ments are insuf­fi­cient, and the farmer who lives from the agri­cul­tural activ­ity will not be pri­or­i­tized in the dis­tri­b­u­tion of aid.- Andoni García, COAG

In addi­tion, to fight against cli­mate change, the E.U. seeks to reduce green­house emis­sions by about 55 per­cent by 2030 and achieve net-zero car­bon emis­sions by 20250.

According to their sup­port­ers, the E.U.’s Common Agricultural Policy and Farm to Fork strat­egy are designed to help the bloc meet these goals by the end of the decade.

According to Ignacio López, the direc­tor of inter­na­tional rela­tions at the Association of Young Farmers and Ranchers (Asaja, by its Spanish ini­tials), coop­er­a­tives have adopted the ​‘wait and see’ posi­tion.

However, he added that if these pro­pos­als become bind­ing, they will likely have a ​“not very encour­ag­ing” impact on the agri­cul­tural sec­tor.

López pre­dicts that the cost of food pro­duc­tion will go up, and con­sumers will have to dig deeper into their pock­ets to buy food.

He added that there is the risk of local farm­ers fac­ing unfair com­pe­ti­tion from coun­tries out­side the region where these require­ments do not exist and E.U. states, in turn, becom­ing depen­dent on imports.

In the lat­est iter­a­tion of the CAP, which was recently approved by the European Parliament for the period 2023 to 2027, the E.U. sought to make the agri­cul­tural sec­tor more sus­tain­able, health­ier and envi­ron­men­tally friendly.

However, López said that these require­ments call for dig­i­tal­iza­tion and cut­ting-edge tech­nolo­gies, such as sen­sors and drones, to make pre­ci­sion agri­cul­ture a real­ity and effi­ciently use nat­ural resources.

This means E.U. mem­bers, such as Spain, will have to allo­cate more money to develop the capac­ity to com­pete in inter­na­tional mar­kets.

Andoni García, a mem­ber of the Coordinator of Agriculture and Livestock Organizations (COAG) exec­u­tive, a farm­ers’ union, said mem­ber states must make many changes to achieve the E.U.’s lat­est set of goals. These include a new price pol­icy and finan­cial sup­port to pro­duc­ers to reflect the cost of pro­duc­tion and guard against out­sourc­ing.

“As the CAP has been designed, the mar­ket instru­ments are insuf­fi­cient, and the farmer who lives from the agri­cul­tural activ­ity will not be pri­or­i­tized in the dis­tri­b­u­tion of aid,” García said. 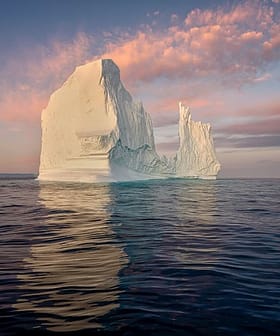 Ahead of COP27, U.N. Warns Current Climate Pledges Are Insufficient

According to the U.N., only 24 of 193 nations have submitted their climate pledges, which are far from sufficient in diverting the massive climate crisis.

A senior official at Assitol said the law is needed to protect small producers and growers from unsustainable business practices.