When the win­ners were announced at the world’s largest olive oil com­pe­ti­tion in New York last month, the top prize in the Northern Hemisphere del­i­cate mono­va­ri­etal cat­e­gory was not awarded to a pro­ducer from Italy or Spain, as one might have expected. The cov­eted Best in Class Award went to Toyohiro Takao, the pro­ducer of an exquis­ite Mission olive oil from Japan.

Mr. Toyohiro’s brand, Takao Nouen no Olive Hatake, is pro­duced on a small fam­ily farm in Shodoshima on Shōdo Island where, in 2008, he planted Mission and Lucca olives from California.
See Also: The World’s Best Olive Oils for 2015
Olives grow well on the island, but it’s not always easy. ​“Japan has rainy sea­son, typhoons, and humid­ity is extremely high in the sum­mer,” said Toyohiro. ​“What I most worry about is when we have high pre­cip­i­ta­tions. During this sea­son, (the olive trees) are more prone to get sick, injured and even a mature tree can die.”

An impor­tant part of his care of the farm comes down to the weeds that flour­ish between the trees on the lush grove: ​“I cut the weeds four times per year by hand and no her­bi­cides are used,” Toyohiro told Olive Oil Times. He leaves the cut weeds on the ground and spreads them around evenly.

“We don’t cut weeds dur­ing the rainy sea­son to help pre­vent the pen­e­tra­tion of too much water into the soil or cause a land­slide on the moun­tain­ous ter­rain of Shodoshima.”

Toyohiro said the major­ity of Mission olives har­vested in Japan are used for table olives but are not suit­able for oil extrac­tion. Extracting oil from them is a chal­lenge.

“The tim­ing of emul­si­fi­ca­tion and malax­a­tion are cru­cial. A shorter grind­ing process may result in a more raw paste that pro­duces less oil and has a less ripe taste, a longer process may increase oxi­da­tion of the paste and reduce the fla­vor. Green olives usu­ally pro­duce more bit­ter oil, and over­ripe olives can pro­duce oil that is ran­cid, so for good extra vir­gin olive oil care is taken to make sure that olive are picked at the right time.

“Indeed, right after pick­ing the olives, I pro­ceed to have extrac­tion right away. I have to reach at least 10 per­cent of oil yield in order to make a profit in this busi­ness, but that would mean pick­ing only over­ripe olives. I chose not to. I want to pro­duce the best qual­ity olive oil every year. I grow fruits such as plums for my own and I pick them when they ripe well. The olive is dif­fer­ent. Producing olive oil is extremely dif­fi­cult, but fun at the same time.”

Appealing to Japanese tastes for small pack­ages, Takao Nouen no Olive Hatake olive oil is sold in a bot­tle so small (70ml) that it might be con­fused for per­fume. Nevertheless, in the totally blind tast­ings by the world’s top judges, Toyohiro’s oil loomed large.

“Ever since I became an olive farmer, my dream was pro­duc­ing one of the very dis­tin­guished olive oils,” Toyohiro said when he was noti­fied of his win at the world’s most pres­ti­gious olive oil com­pe­ti­tion. ​“All the hard­ship we expe­ri­enced were com­pen­sated by hear­ing this good news.” 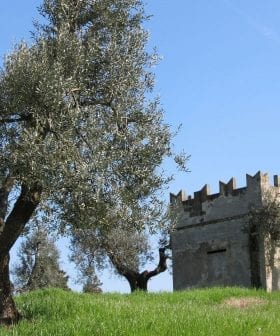 From the renowned regions of Umbria and Tuscany to lesser-known terroirs, Italian producers from the entire country were awarded at the world's most prestigious olive oil quality contest. 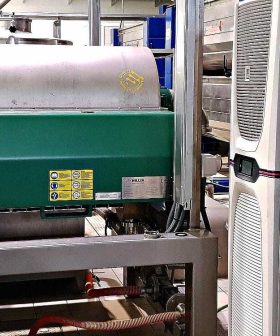 A study from the University of Perugia confirms that pulsed electric field technology increases both the quality and yield for three different olive cultivars. 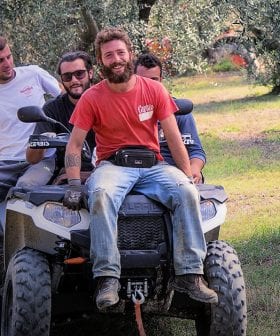 Expectations are high among Italy's top-rated producers as their farms and mills run at full tilt. 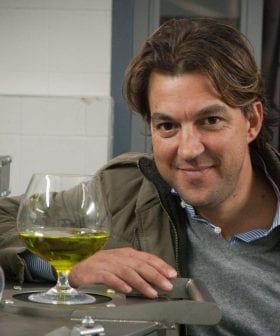 As results from the world's most prestigious olive oil quality contest continue to unfold online, producers in Tuscany have already struck gold.