To combat the spread of the olive-killing Xylella fastidiosa bacterium, Italian agricultural officials are telling farmers to use pesticides to kill the disease's vectors, three spittlebugs, but this mandate has sparked protests and outrage.

Nature heals itself. If we fight against it, that’s not good.- Tony Ballestra, Farmer in Oria, Italy

Puglia’s regional gov­ern­ment recently issued the call for com­mer­cial olive grow­ers to apply pes­ti­cides two times between May and August to kill the meadow spit­tle­bug adults. The insec­ti­cides con­tain acetamiprid or deltamet­rina. Organic farms are being allowed to use other prod­ucts, accord­ing to the man­date.

This new demand is the lat­est dras­tic step to con­trol the dev­as­tat­ing dis­ease blamed for the death of thou­sands of olive trees in Italy’s boot-heel region of Puglia, where Xylella was first spot­ted five years ago.

But organic farm­ers and envi­ron­men­tal­ists are out­raged at the new man­date, which is viewed as yet another mis­guided pol­icy in how to deal with the spread of Xylella, a fatal bac­terium for olive trees native to Central America.

Many in Puglia believe that long-stand­ing man­dates to cut down infected olive trees and other mea­sures, such as clear-cut­ting tracts near infected trees, have been unnec­es­sary and heavy-handed.

These sen­ti­ments have been fueled by some sci­en­tists who main­tain that Xylella is not the chief cause of the out­break of the dis­ease in olive trees, which is also known as the Olive Quick Decline Syndrome, or OQDS.

These sci­en­tists run counter to a grow­ing body of researchers who blame the over-reliance on chem­i­cals, poor farm­ing prac­tices and fungi for caus­ing olive trees to quickly sicken.

“Xylella is the enemy that must be fought,” said Margherita Ciervo, a geo­graphic polit­i­cal econ­o­mist at the Università degli Studi di Foggia, a uni­ver­sity in Puglia. ​“But this is a reduc­tion­ist the­ory.”

She is uncon­vinced, based on her stud­ies, that Xylella fas­tidiosa is the prime cause for the leaf-scorch­ing tak­ing place in Puglia’s olive orchards.

She said that a kind of hys­te­ria has dom­i­nated the sci­en­tific and polit­i­cal dis­course over what is hap­pen­ing to Puglia’s olive trees. For exam­ple, she said, Puglia’s regional offi­cials have offi­cially iden­ti­fied only 3,058 infected trees but the media reg­u­larly cites esti­mates by sci­en­tists that thou­sands of trees of olive trees have been infected.

“What is inter­est­ing is that lands right next to each other are dif­fer­ent,” she said in a tele­phone inter­view. ​“In lands where organic farm­ing has been prac­ticed there is no leaf-scorch­ing, and then nearby, where chem­i­cals have been used, there are infected trees.”

But the major­ity of sci­en­tists and agri­cul­ture offi­cials say local resis­tance to these poli­cies has helped cause the dis­ease to spread. The use of pes­ti­cides is a fraught issue.

The spray­ing of pes­ti­cides has been linked to a series of bale­ful effects to the nat­ural world, most famously in the ground­break­ing work pre­sented in Silent Spring, a book writ­ten by Rachel Carson in 1962. She linked pes­ti­cides to wide­spread death in the plant and ani­mal worlds.

But in this case, author­i­ties say that pes­ti­cides must be applied to stop Xylella’s spread. The use of pes­ti­cides is called for under European Union reg­u­la­tions when a plant dis­ease of this sever­ity is found.

Anca Păduraru, a spokes­woman for Health, Food Safety and Energy Union projects at the European Commission, said the use of pes­ti­cides is not ille­gal if the chem­i­cals applied have been approved by the European Union or specif­i­cally autho­rized.

In an email to Olive Oil Times, she added that ​“all nec­es­sary mea­sures to erad­i­cate it” must be taken and ​“to inhibit its fur­ther spread.”

The European Commission calls Xylella fas­tidiosa one of the most dan­ger­ous plant bac­te­ria in the world, a threat not only to olive trees but to a wide vari­ety of other crops such as almonds and grapevines. Different sub­species and strains of Xylella attack dif­fer­ent crops. The strain of Xylella in south­ern Puglia affects almonds but not grapes.

Xylella has con­tin­ued to spread in Europe. Genetically dif­fer­ent types of the dis­ease were found in main­land Spain ear­lier this year and in Corsica and south­ern France.

Francesco Porcelli, an ento­mol­o­gist at the University degli Studi di Bari Aldo Moro, said the use of pes­ti­cides can be effec­tive in killing spit­tle­bugs and con­trol­ling the pathogen inva­sion. He down­played the envi­ron­men­tal threats posed by the chem­i­cals offi­cials are ask­ing farm­ers to use.

“We are not speak­ing about DDT, but about pes­ti­cides with a shorter life,” he said in a tele­phone inter­view.

But he faulted this lat­est decree for being drafted by bureau­crats with­out the input of sci­en­tists. He said pes­ti­cide spray­ing is expen­sive for a farmer and that it must be done at the right time.

The decree was issued too late in the year and there needs to be more analy­sis of how and when to treat trees, Porcelli said. He is work­ing with farm­ers on meth­ods to inject trees with acetamiprid, both to bet­ter kill spit­tle­bugs on the trees and to avoid con­t­a­m­i­na­tion.

Still, many farm­ers in Puglia, the epi­cen­ter of the out­break, are on the defen­sive and say EU and Italian author­i­ties are tak­ing the wrong approach.

“Nature heals itself. If we fight against it, that’s not good,” said Tony Ballestra, a 60-year-old olive tree farmer in Oria. He believes the olive tree dis­ease is caused by the overuse of chem­i­cals which has led to their decline.

“To save the trees it’s nec­es­sary to return to organic farm­ing,” he said in a tele­phone inter­view. He said on the organic farm he runs with his wife there are no dis­eased trees.

On May 25, hun­dreds of pro­test­ers, among them farm­ers, held a protest in Bari out­side the region’s agri­cul­ture offices to decry the push to use pes­ti­cides. In the mean­time, the Xylella cri­sis deep­ens in Puglia, accord­ing to new data.

Today, about 775,000 hectares are suf­fer­ing from Xylella infes­ta­tion, accord­ing to new research, said Donato Boscia, a lead researcher and coor­di­na­tor against the Xylella out­break at the Institute for Sustainable Plant Protection in Bari.

By com­par­i­son, in 2013, when the olive dis­ease was first iden­ti­fied, researchers found about 8,000 hectares were infected.

In a so-called ​“zona cus­cinetto,” a buffer zone, between 2016 – 2017, researchers found a sin­gle tree infected with Xylella and, in the lat­est sur­veys, 19 trees have been found with the bac­terium, Boscia said.

The most inten­sive erad­i­ca­tion efforts take place in these two zones in the hope of stop­ping the dis­ease from spread­ing beyond the boot-heel of Italy.

Alexander Purcell, a fore­most expert on Xylella at the University of California at Berkeley, said pes­ti­cides are for now one of the only meth­ods for stop­ping the dis­ease’s spread.

“Pesticides hit a nerve with most peo­ple,” he wrote in an email. ​“Even more so in Europe than in the US.” But, he said, the use of pes­ti­cides ​“looks like one of the stop-gap mea­sures” that can slow the dis­ease’s spread in ​“newly afflicted areas and those nearby.”

He noted that pes­ti­cides alone are not suf­fi­cient and their use must go hand-in-hand with cut­ting down and remov­ing infected trees in order to pre­vent spit­tle­bugs from acquir­ing the bac­terium and trans­mit­ting it to healthy trees.

He said the meadow spit­tle­bug is clearly ​“the major force behind the olive disease’s spread in Puglia.”

He noted that this is an insect native to Europe and that is wide­spread. He said it has been found in Finland, North Africa, Asia, North America and New Zealand.

In late win­ter and early spring, imma­ture spit­tle­bugs (nymphs) emerge from eggs laid on plants or straw. The nymphs and adults thrive on suc­cu­lent weeds that emerge dur­ing win­ter or early spring, he said.

The bugs are incred­i­bly numer­ous. ​“I’ve heard con­ser­v­a­tive esti­mates of tens of thou­sands to more than a mil­lion per hectare in some weedy orchards in south­ern Puglia (Salento),” he said.

So, to reduce their num­bers farm­ers would need to till and apply her­bi­cides to destroy the plants on which the insect devel­ops before the bugs become fliers when they are adults. As this step alone is not enough, insec­ti­cides are applied to fur­ther reduce the num­bers of remain­ing insects.

In orchards with dis­eased trees, Purcell said weed con­trol and pes­ti­cides are not suf­fi­cient: Diseased trees too must be removed.

“In Mediterranean regions with wet win­ters and dry sum­mers, adults (spit­tle­bugs) leave the dry­ing weeds in late spring and fly to trees. If this occurs in an olive grove, most adults will end up in olive trees, where they remain as long as there are no bet­ter feed­ing plants that occur,” he wrote.

Thus, he said, it becomes nec­es­sary ​“to remove the sources of Xylella fas­tidiosa: infected olive and almond trees.”

“This is a hard and bit­ter choice for grow­ers with trees over a hun­dred or more years old that have been in the fam­ily or many gen­er­a­tions,” he said.

By not remov­ing trees with dis­ease symp­toms, farm­ers risk los­ing their remain­ing olive and almond trees and increas­ing the rate of Xylella’s spread.

Will these dras­tic steps work?

“We can only base our plans on what we know so far,” said Purcell. ​“We already know that doing noth­ing should enable the epi­demic to con­tinue to roll fur­ther on.” 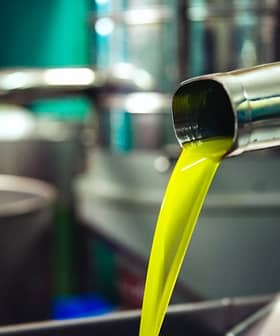 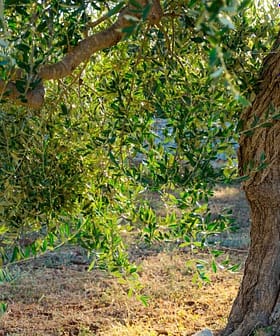 Farmers and producers in Italy’s fifth-largest producing region hope the PGI will add value to their olive oils and mitigate rising production costs.

Scientists and farmers at the latest LIFE Resilience project workshop in Portugal discussed how nature and technology will shape the future of European olive growing.