Seal Factory Looks to Olives in the Off-Season

The coastal town of Henties Bay in Namibia offers tourists an idyl­lic vaca­tion with long stretches of clean beaches for walk­ing and fish­ing as well as golf courses and ten­nis courts. Soon it will be offer­ing olive oil pro­duced from locally grown olives.

In 2013, Henties Bay became home to 1,000 olive trees under a new ini­tia­tive called the Olive Project. A year later, in November 2014, the project dou­bled its count of olive trees by adding another 1,000 trees, which were brought in from South Africa.

Gys Cilliers, fac­tory man­ager of a seal-pro­cess­ing fac­tory at Henties Bay that ini­ti­ated the project, expressed excite­ment for the plan to cul­ti­vate, har­vest and press olives for olive oil in Henties Bay itself.

The Olive Project started as a way to pro­vide year-long work to the 96 sea­sonal employ­ees of the seal fac­tory, who only work from July to November dur­ing the seal har­vest sea­son. As the size of the olive farm grows, the Olive Project is set to employ an addi­tional 40 full-time work­ers by the end of this year, most of who will be women, promises Cilliers.

Olive oil pro­duc­tion is not new in Namibia. Rolf Heiser, a pio­neer olive farmer in Namibia, started his farm, Hartebeestteich-Süd near Hochfeld, in 1991 with 700 trees. Now the farm boasts more than 6,000 trees, pro­duces table olives and extra vir­gin olive oil.

Ruheleben Estates is another suc­cess­ful olive farm that was started in 2004 by Wim van der Plas. It pro­duced the first batch of olive oil in 2009 using a state-of the art Italian olive press that can process 250 liters per hour. Seven olive cul­ti­vars are grown and processed on the farm.

Swakop River Olives, also pro­duced at the Ruheleben Estates, received a ​“Platinum Award for the best Namibia Product” in November 2011.

An effort to increase olive plan­ta­tion in Namibia, which has the envi­ron­ment and cli­mate suit­able for grow­ing olive trees, is gain­ing momen­tum. Last year, the Erongo regional coun­cil and Namsov Fishing Enterprises pro­vided fund­ing to launch an olive farm in the Okombahe set­tle­ment.

Olive farms such as these will not only increase pro­duc­tion of olives and olive oil in Namibia but also offer full time employ­ment to local com­mu­ni­ties. 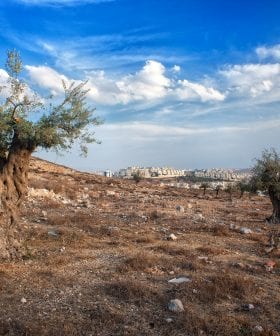 Destruction of Olive Trees in West Bank Is an Attack on Palestinian Sovereignty, Activists Say

The vandalism comes at a time when Palestinian olive oil production is being threatened by Israel’s steady acquisition of territory in the West Bank. 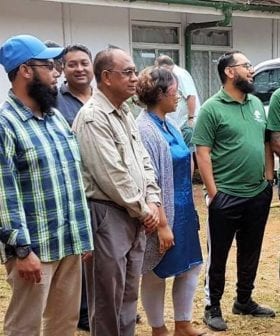 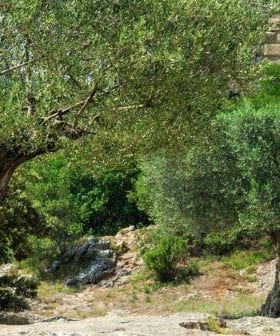