Coconut oil is "one of the worst foods you can eat," said Harvard professor Karin Michels.

“Coconut oil is as bad for you as pure poi­son,” declared Karin Michels in a lec­ture deliv­ered at the University of Freiburg. Michel’s speech enti­tled ​“Coconut oil and Other Nutritional Errors” caused quite a stir on YouTube where it amassed over one mil­lion views.

It is one of the worst foods. Why has it spread so much? The mis­con­cep­tion is the adver­tis­ing.- Karin Michels, Harvard T.H. Chan School of Public Health

In the 50-minute address Michels, a pro­fes­sor at Harvard T.H. Chan School of Public Health dis­pelled coconut oil’s ​“super­food” sta­tus and described it as ​“One of the worst foods you can eat.”

In the inter­view which was trans­lated from German to English by Business Insider, Michels declared that con­sum­ing coconut oil is far worse than eat­ing lard due to its high lev­els of sat­u­rated fatty acids.

Cracks in the coconut oil myth first began to appear in 2017, when a study by the American Heart Association (AHA) revealed that coconut oil was more detri­men­tal to heart health than but­ter, as it con­tained 82 per­cent sat­u­rated fat com­pared to butter’s 63 per­cent.

The AHA went on to say it advised against the use of coconut oil and were fol­lowed by the UK’s National Health Service (NHS) who rec­om­mended low­er­ing intake of foods con­tain­ing sat­u­rated fats, includ­ing coconut oil.

As coconut oil gained a rep­u­ta­tion for being healthy, sales soared and it was hailed as a ​“mir­a­cle food” with advo­cates claim­ing it could boost the brain, assist in weight loss and was effec­tive for treat­ing Alzheimer’s dis­ease.

The Alzheimer’s Association refuted such claims and issued a state­ment on their web­site say­ing, ​“There have been some claims that coconut oil could be used as a treat­ment, or even a cure, for Alzheimer’s dis­ease. However, there is cur­rently not enough exper­i­men­tal evi­dence to back up these claims.”

As the debate con­tin­ued, Annessa Chumbley, a reg­is­tered dieti­cian and spokes­woman for the A.H.A. told the New York Times, ​“Between the two, olive oil is a bet­ter choice, since monoun­sat­u­rated fats can have a ben­e­fi­cial effect on your heart when eaten in mod­er­a­tion and when used to replace sat­u­rated and trans fats in your diet,”

While Michels was less scathing about other ​“super­foods” includ­ing acai, chia seeds and matcha in her address, she did point out that the nutri­ents con­tained in them were read­ily avail­able in more com­mon fruits and veg­eta­bles say­ing, ​“We are well and suf­fi­ciently sup­plied.”

Gwyneth Paltrow led the many celebri­ties who jumped on the coconut oil band­wagon. In addi­tion to cook­ing with it, Paltrow hailed the oil’s skin mois­tur­iz­ing ben­e­fits, rec­om­mended it for teeth whiten­ing and pro­posed it as a nat­ural lubri­cant to ease vagi­nal dry­ness. 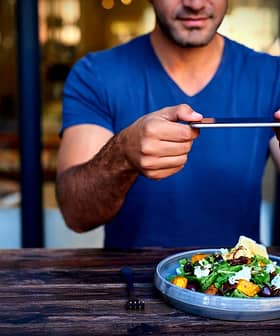 Mediterranean Diet May Help Protect Newborns from Leading Cause of Mortality, Study Suggests

Pregnant women at risk of the Small for Gestational Age condition were less likely to have newborns suffer from the condition after following the Mediterranean diet.

Improving education on the role of healthy diets in preventing the diseases that cause dementia may be one of the best mitigation factors.