Author Tom Mueller, whose con­tro­ver­sial exposé, ​“Extra Virginity: The Sublime and Scandalous World of Olive Oil,” exam­ined the darker side of the olive oil busi­ness, took a look back at the events of the last four years since the book’s release, includ­ing the U.S. International Trade Commission inves­ti­ga­tion, the New York Times ​“Extra Virgin Suicide” arti­cle, the debate over tast­ing pan­els, qual­ity seals and stan­dards.

Here are some of the high­lights from the inter­view:

The dan­ger with exposés is that a cer­tain num­ber of peo­ple just tune out that entire fre­quency. I’ve had peo­ple say, ​‘Oh boy that olive oil world. That cer­tainly is a cor­rupt world. I’ve just stopped buy­ing olive oil. I buy some­thing else.’ I think, oh no, no. Slap fore­head with palm.

On the USITC inves­ti­ga­tion

It becomes a point of ref­er­ence for any­one who wants to take on seri­ously the ques­tion of what do we do next. They ques­tioned peo­ple that I sug­gested they talk to, but also peo­ple who dis­agreed vio­lently with me. It’s going to be now and in the future a data point that is dif­fi­cult to ignore.

As soon as two or three con­sumers in a given store go the man­ager and say, ​‘Look, this says extra vir­gin and says that it was bot­tled three years ago. It’s clearly ran­cid, clearly fusty. That’s ille­gal. This is not extra vir­gin. I want my money back.’ That man­ager is going to say, (A) ​‘Here’s your money,’ and (B) ​‘Someone tell me about this now. I need to know more.’ Until that hap­pens, many laws are not worth the paper they’re writ­ten on.

I felt first of all like an idiot for hav­ing said, ​‘Hey great work,’ and then hav­ing to go back on that. I’m super dis­ap­pointed in the New York Times for not doing the right thing, first of all, in fact-check­ing and, sec­ond of all, in retrac­tion or cor­rec­tion.

Our olfac­tory equip­ment is far more sen­si­tive than any­thing sci­ence has pro­duced so far. The decades of hard work that have gone into devel­op­ing the taste panel and the sta­tis­ti­cal analy­sis that goes into pro­cess­ing the work of the taste panel is pretty much bul­let­proof. The taste test can­not be fid­dled.

On the ​“Made in Italy” brand

I think unless Italy as a coun­try stands up and says, ​‘Look. It’s time for a change here. It’s time to clear our names,’ then absolutely sub­stance is going to trump style sooner or later. If you’re a savvy con­sumer, it’s more like an insult. It’s more like some­one is try­ing to take you for a ride than to actu­ally sell you an hon­est prod­uct.

On the one hand you have a mas­sive indus­try that’s work­ing on a com­mod­ity food and low­est com­mon denom­i­na­tor and qual­ity and low­est price. On the other, in cer­tain groups you have peo­ple who are say­ing, ​‘Look, we have excel­lent oil that we make our­selves, why should we have unfair com­pe­ti­tion from cheap low-grade imports?’

The prob­lem is that the con­sumer once again is caught in this cross­fire of infor­ma­tion and mis­in­for­ma­tion.

On ban­ning cruets in restau­rants

You have to guar­an­tee what’s in the bot­tle first. Frankly, if it’s bad oil that goes into a restau­rant, it doesn’t really help your con­sumer much. The seal that pro­tects bad oil is not worth the plas­tic it’s made out of.

I under­stand that the FDA does have a num­ber of other issues that they need to address. Having said that again, this is a par­a­digm food. This is a sym­bolic food. Both for the Mediterranean and for America.

We already have a pretty good def­i­n­i­tion. We already have the basis of a strong, legal stan­dard of excel­lent food. I don’t know how many peo­ple they’re going to be able to reach. I per­son­ally would give them a big mega­phone, but I’m not in the mega­phone busi­ness.

People have even pro­posed extra-extra vir­gin. We’re really get­ting silly here I think in sim­ply not apply­ing what we have in front of us.

Listen to the com­plete inter­view on iTunes, Soundcloud or the On Olive Oil web­site. 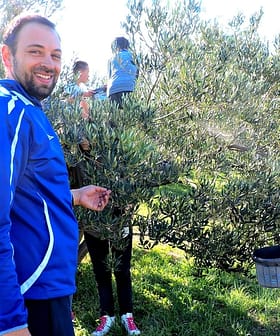 The Catholic Primary School in Šibenik, Dalmatia is the first school (excluding universities) to win an award at the World Olive Oil Competition. 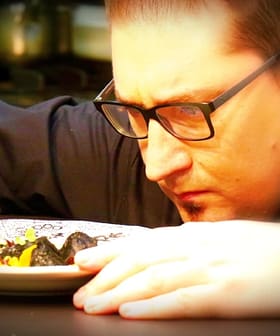 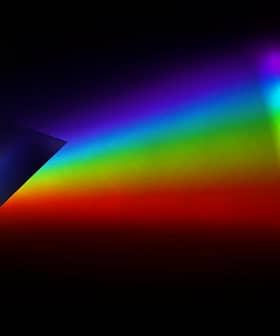 Italy and Brazil Shine at 7th EVO-IOOC in Campi Flegrei

Organizers of the event said quality continues to improve each year, with nearly one-quarter of submissions certified organic and 15 percent with protected status.