Thousands of French health pro­fes­sion­als, nutri­tion­ists, food researchers and other experts have signed an online peti­tion ask­ing the European Commission to adopt Nutri-Score as its manda­tory front-of-pack label­ing (FOPL) sys­tem for pack­aged foods.

The Change.org peti­tion has already received more than 35,000 sig­na­tures and is sup­ported by 35 French health asso­ci­a­tions. Many sig­na­to­ries are physi­cians involved in can­cer, heart health, food addic­tion and con­sumer behav­ior research.

The peti­tion’s authors wrote that Nutri-Score has ​“demon­strated its effec­tive­ness” in the five years since it was adopted on a vol­un­tary basis in France and other European coun­tries.

Nutri-Score is a traf­fic-light-style FOPL that uses a com­bi­na­tion of five coor­di­nated col­ors and let­ters to rate how healthy a pack­aged food item is, based on its fat, sugar, salt and calo­rie con­tent per 100-gram or mil­li­liter serv­ing.

The ​“Green A” indi­cates the health­i­est option, and ​“Red E” denotes the least healthy. All grades of olive oil receive the ​“Light-Green B” rat­ing after the lat­est update to the Nutri-Score algo­rithm.

The peti­tion’s pro­mot­ers pointed out that no food com­pa­nies were in favor of Nutri-Score when it was first pro­posed in 2014, but since then, more than 800 brands have vol­un­tar­ily adopted the FOPL.

However, they added that many lead­ing global brands con­tinue to oppose and lobby against Nutri-Score, includ­ing Coca-Cola, Ferrero, Mars, Lactalis, Mondelez and Kraft.

For the past few years, Nutri-Score was widely seen as the front-run­ner of about a half-dozen FOPLs to be selected for manda­tory adop­tion across the European Union.

However, crit­i­cism of Nutri-Score has crescen­doed over the same period reach­ing its cli­max at a recent European Parliament round­table event.

After the event, one com­mis­sion offi­cial told a food indus­try media out­let that no exist­ing food label would be adopted by the European Commission, which would cre­ate its own based on the exist­ing FOPLs.

Separately, Italy’s per­ma­nent rep­re­sen­ta­tion to the E.U. said the com­mis­sion would delay the deci­sion to adopt a manda­tory food label­ing sys­tem until the sec­ond half of 2023.

According to the French peti­tion sig­na­to­ries, Nutri-Score should be adopted for all food pack­ages on sale with­out excep­tion ​“to guide our choices in a rea­soned way, with full knowl­edge of the facts.”

“We con­sider this to be a con­sumer right and a duty of eco­nomic oper­a­tors,” they added. 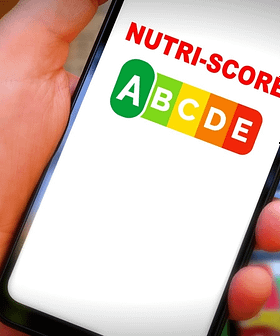 The release of the app coincides with a survey that showed strong consumer preference for tradition nutrition labels. 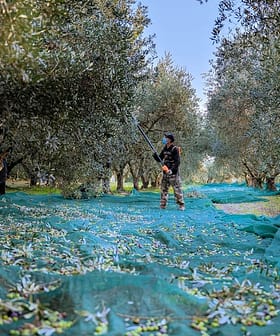 Producers from southern France and Corsica combined to earn 11 awards from 26 entries in the 2022 World Olive Oil Competition.

The recommendation comes from a report outlining ways in which the European Union can increase its commitment to cancer prevention.

Farmers in France Confirm Grim Predictions as Harvest Gets Underway

Heat and drought led to premature olive drops across southern France. The yield is expected to fall by 50 percent compared to last year.