In the last 10 years, organic food sales in Italy have grown by 133 per­cent. Similarly, exports of Italian organic prod­ucts have risen by 181 per­cent in value in the same period.

Eighty-one per­cent of these exports are food, with the remain­ing por­tion com­pris­ing cos­met­ics and other agri­cul­tural-related health prod­ucts.

Today, organic exports rep­re­sent 6 per­cent of the over­all value of Italian agri­food exports. According to Nomisma, Italy is the sec­ond largest organic food exporter behind the United States, whose exports exceeded €2.98 bil­lion in 2021.

Wine is by far the most appre­ci­ated organic food prod­uct sold by Italian com­pa­nies on the inter­na­tional mar­ket, rep­re­sent­ing 19 per­cent of all organic export sales. By com­par­i­son, total wine sales account for 13 per­cent of Italian agri­cul­tural exports by value.

Ismea said organic extra vir­gin olive oil sales had been fueled by ris­ing pub­lic demand and the higher prices pro­duc­ers can charge for organic oils, tra­di­tion­ally between €0.20 and €0.40 more.

According to Nomisma, large retail­ers make up 56 per­cent of all organic food sales to fam­i­lies and restau­rants, with a total value of €2.2 bil­lion in 2021.

Still, the report high­lights an 8‑percent growth between 2020 and 2021 for sales by spe­cial­ized organic food retail­ers, which now account for 26 per­cent of the mar­ket. Five per­cent growth also is expected for other organic food sales chan­nels, such as phar­ma­cies, fairs and local mar­kets. 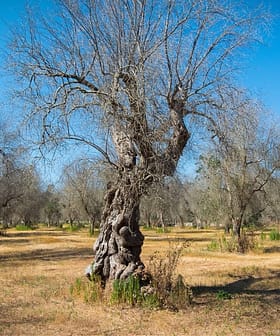 Millers will be eligible for payments of up to €200,000. The new €35 million funding is part of the broader olive sector recovery plan.