Thanks to their new self-imposed regulations, California olive oil producers are already partying like it's 2015.

Samoa might get to cel­e­brate the New Year before the rest of the world, thanks to its posi­tion along the International Date Line, but California olive oil pro­duc­ers have the tiny island nation beat — along with their European com­peti­tors.

California pro­duc­ers have just enti­tled them­selves to call the olives they are har­vest­ing right now part of their ​“2015 har­vest,” ring­ing in the new year on their bot­tle labels before every­one else.

California’s own Grade and Labeling Standards for Olive Oil, recently imple­mented by the California Department of Food and Agriculture gives them the green light: ​“Because the har­vest typ­i­cally runs from October through January,” the new rules say, ​“the 2014 – 2015 har­vest sea­son is deemed to be the 2015 har­vest.”

So if you think you knew every­thing to look for on an olive oil label, here’s one more thing to remem­ber: If a bot­tle from California indi­cates a sin­gle-year har­vest date of 2015, the olives were most likely har­vested in 2014.

In fact, there has been a trend in olive oil pro­duc­tion toward ear­lier har­vests, which makes the new sim­pli­fi­ca­tion even fur­ther from the truth.

A scan of one hun­dred Spanish, Italian and Greek olive oils that dis­played har­vest dates found not even one that used only the sec­ond year of the har­vest sea­son. Instead, most referred to the sea­son itself, such as ​“2013/14,” or by the spe­cific month (or months) and year, like ​“October-November, 2013.”

The imported oils that did indi­cate only a sin­gle year as the har­vest date, in every case, used the first year of the sea­son. In other words, olives har­vested in October, 2013 bore the date ​“2013.” In California, that would be called ​“2014.”

Of course, a 2014 har­vest date on a bot­tle of Californian EVOO looks a lot bet­ter than the 2013 har­vest date on that Italian label, even though they are equally fresh. But that’s the point.

Bottles of California Olive Ranch (COR) extra vir­gin olive oil on store shelves this week indi­cated only a sin­gle har­vest year: 2014. But in fact, the oils were not made from olives har­vested in 2014 at all, but in October and early November, 2013.

Yeah, that’s what we used to call the bot­tling date.

California’s trim­ming of the date that used to be seen as the most reli­able indi­ca­tor of an olive oil’s true age will likely cause European pro­duc­ers who have used more accu­rate har­vest date indi­ca­tions to start dumb­ing-down their labels to appear as fresh as their Golden State rivals.

The largest American olive oil com­pany, California Olive Ranch, says on its web­site​“you should know how fresh your olive oil is, that’s why every bot­tle of our olive oil dis­plays the har­vest date.”

Right. Just remem­ber to sub­tract a year, and you’ll be good.

Update: Shortly after this arti­cle was pub­lished, the California stan­dards were changed. Now, the date on California labels accu­rately state the har­vest year as the first year of the har­vest sea­son, as is com­mon around the world. 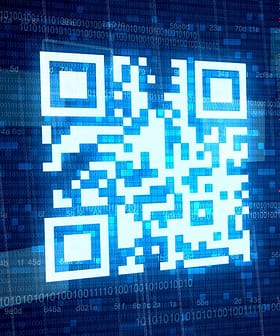 According to Ignacio Silva, specialization is key to the survival of traditional producers, and the whole sector must modernize to thrive.