In keeping with Hadrian’s love for knowledge and the intellect, the olive oil will be sold in his Villa’s bookshop.

Olive oil from Hadrian’s orchard is flow­ing again. The Roman Emperor’s second-cen­tury retreat, Hadrian’s Villa, has pro­duced 78 bot­tles for the ini­tial sale of this come­back prod­uct.

A show where you can cater to a highly knowl­edge­able con­sumer.- Felipe Cruz, Olave

Cardinal d’Este brought the grape from France and the region’s annual Pizzutello fes­ti­val, which dates back to 1845, fea­tures a cos­tume parade and cel­e­bra­tion of this heir­loom grape.

Bruciati is com­mit­ted to the slow food move­ment, and he thinks the Villa Adriana and the Villa d’Este are the per­fect place to raise aware­ness of old agri­cul­tural ways. Six hun­dred thou­sand vis­i­tors visit annu­ally to enjoy the grounds.

“Safeguarding the artis­tic and cul­tural her­itage means not just pro­tect­ing the land­scape but also the pas­toral agri­cul­ture that in some way is its soul. Supporting the local oil with a ges­ture like ours means adher­ing to the spirit of the place,” the Telegraph reported Bruciati saying. “The olive groves can’t be a mere back­ground to the Villa because they are an inte­gral part of its per­cep­tion, in the col­lec­tive image of mil­lions of people.”

As a UNESCO site, Hadrian’s villa is devoted to safe­guard­ing intan­gi­ble cul­ture. Part of the UNESCO def­i­n­i­tion of intan­gi­ble cul­ture includes “knowl­edge and prac­tices con­cern­ing nature and the uni­verse,” which fits the goal of pre­serv­ing and har­vest­ing these revered olive trees.

Hadrian was emperor from 117 to 138 AD. A rare bearded ruler (he took his fash­ion cues from Greek philoso­phers), his villa pro­vided a gov­ern­ment retreat out­side Rome.

He was an ama­teur archi­tect and his huge prop­erty gave him space to con­struct libraries, tem­ples, baths, sculp­ture gar­dens, ponds, foun­tains and dining halls. In keep­ing with Hadrian’s love for knowl­edge and the intel­lect, the olive oil will be sold in the villa’s book­shop.

Bernard Frischer, founder of the UCLA Cultural Virtual Reality Laboratory, is a pio­neer in 3D com­puter mod­el­ing of cul­tural her­itage sites. His cre­ation of a 3D restora­tion model of Hadrian’s Villa is one of sev­eral projects he’s done of impor­tant sites in Italy.

“I am sure that Hadrian would have been delighted to know that his Tiburtine villa (note that he had many others) remains so well intact, that it attracts tens of thou­sands of vis­i­tors each year and that through the villa, his memory is kept alive so many cen­turies after his death,” Frischer told Olive Oil Times.

“Certainly the cul­ti­va­tion of olive trees and pro­duc­tion of olive oil would have been an impor­tant part of what the Tiburtine villa pro­duced. From the oil made in the imme­di­ate vicin­ity of the villa today, it is clear that the soil and cli­mate con­di­tions were very favor­able for pro­duc­ing fla­vor­ful and abun­dant olive oil there.” 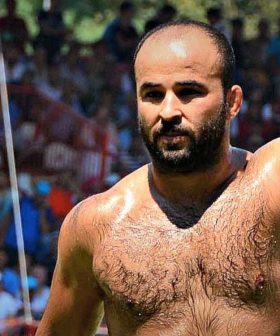 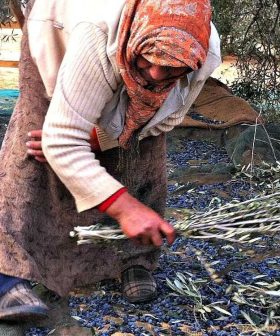 There are scant funds to assist Tunisia's rural farmers' transition to a more efficient, high-quality production. Some locals say that's just fine with them, while others look to a more prosperous future, 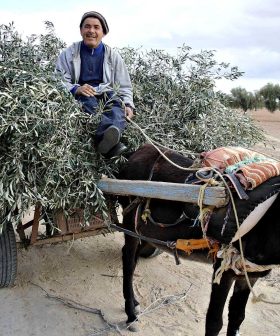 Tunisia: Land of the Olive Tree

An Olive Oil Times reporter traveled to Tunisia to better understand this nation’s olive oil and learn about efforts to increase exports, which was the focus of the second edition of the Olive Festival of Sfax. 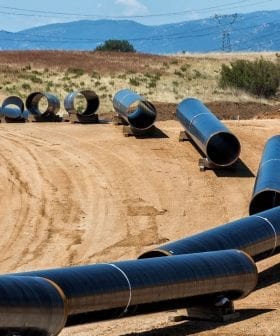