` The Give and Take of French Cultivars - Olive Oil Times

“France is not nec­es­sar­ily known as an olive oil-pro­duc­ing coun­try, so we have a big job ahead and that’s the work we do at France Olive. We com­mu­ni­cate about this diver­sity of fla­vors and par­tic­u­lar­i­ties of the French pro­duc­tion,” said Laurent Bélorgey, pres­i­dent of France Olive, the inter-pro­fes­sional asso­ci­a­tion of the olive sec­tor in France.

It really is still a mys­te­ri­ous tree. That gives it its charm and some­times makes it irri­tat­ing.- Laurent Bélorgey

Previously known as Afidol, the orga­ni­za­tion recently changed its name to mark its 20th anniver­sary and also as a way to ​“give it a clearer name to face future chal­lenges.”

Olive Oil Times met Bélorgey at his estate, La Lieutenante, at the Vallée des Baux de Provence, in the South of France.

“The sit­u­a­tion of the pro­duc­tion of olive oil in France is rather good now. But we must know that we have come a long way for this. We had some very bad har­vests that posed a risk to the pro­duc­tion. But the last two years we’ve had pretty good har­vests and now we have a sat­is­fy­ing level of pro­duc­tion,” he explained.

​“We had a pro­duc­tion of around 6,000 tons last year, and this year we achieved the level of 5,500 tones,” he added.
See Also:The Best Olive Oils from France
France is the sixth-largest pro­ducer of olive oil in Europe, after Spain, Italy, Greece, Portugal and Cyprus, accord­ing to fig­ures pro­vided by the International Olive Council.

Following the exam­ple set by the wine sec­tor, olive oil pro­duc­tion in France adopted the sys­tem of pro­tected des­ig­na­tions of ori­gin — or Appellation d’Origine Protegée (AOPs), by the mid-90s.

Since then, eight des­ig­na­tions of ori­gin were cre­ated, cov­er­ing almost every region along the French Mediterranean coast.

The size of those pro­tected areas varies from the 16 vil­lages included within the lim­its of the Vallée des Baux — one of the small­est pro­tected areas — to the 434 belong­ing to the AOC of Provence.

“We often say that there are some 20,000 olive pro­duc­ers in France. Nevertheless, that fig­ure ranges from the small pro­ducer who has just a few olive trees in his gar­den and who takes his olives to the local coop­er­a­tive, to the pro­fes­sional who cul­ti­vates 20 or 30 hectares. However, most of the pro­duc­ers own small prop­er­ties. There are few pro­duc­ers with more than 50 hectares. The major­ity has an aver­age of 10,” Bélorgey told us.

France’s bid for its AOPs turned out to be one of its olive oil’s main assets — as it helped the coun­try to pre­serve the par­tic­u­lar­i­ties of its cul­ti­vars.

However, this sys­tem also brought some of the sector’s key chal­lenges.

“There are over 20 pro­tected local vari­eties in France. But those cul­ti­vars are not nec­es­sar­ily the most pro­duc­tive,” Bélorgey explained.

“The main chal­lenge for an olive oil pro­ducer in France is to make those local vari­eties pro­duc­tive enough. We need to get the most out of them so that the pro­duc­ers can make a liv­ing out of their pro­duc­tion.”

Bélorgey believes that it is pos­si­ble to dou­ble the cur­rent aver­age pro­duc­tion of 250 liters of oil per hectare in France.

“It’s not a mat­ter of reach­ing indus­trial pro­duc­tion lev­els. It’s just about bet­ter accom­pa­ny­ing the pro­duc­ers in terms of train­ing about prun­ing, about water­ing, about fer­til­iza­tion, and also fund­ing research,” he said.

France’s olive oil pro­duc­tion suf­fered a severe set­back in 1956 when a mas­sive frost killed most of the country’s olive trees.

Apart from explain­ing why it’s hard to find old olive trees in most parts of the coun­try, the big frost forced France, as Bélorgey put it, to ​“to restart from scratch.”

After a long period, the gov­ern­ment imple­mented a relaunch plan in the ​’90s aimed to recover the olive oil pro­duc­tion. Some 10,000 hectares were planted dur­ing those years, allow­ing the sec­tor to look at a brighter future.

“Today, all those trees that were planted within the frame­work of the relaunch plan should be fully grown and increas­ing pro­duc­tion,” Bélorgey said.

When asked about his per­sonal expe­ri­ence as an olive oil pro­ducer, Bélorgey made a clear dis­tinc­tion between his role as pres­i­dent of France Olive and his role as owner and man­ager of La Lieutenante.

His estate of 48 hectares of olive trees is in the flat­lands, south of the nat­ural park of Les Alpilles, at the Vallée des Baux, in the heart of Provence.

“My estate is pretty aver­age within French pro­duc­tion. We have a big vari­ety of cul­ti­vars and that allows us to blend all those cul­ti­vars and get the fla­vor we love,” he said.

Bélorgey came back to Provence — and to olive oil pro­duc­tion — after his father passed away in 2001.

“Before I used to work in finance at a bank in Luxembourg. Then, I decided to take charge of the fam­ily estate,” he said.

“What is really fan­tas­tic about the olive tree is that we actu­ally don’t know it. So every year it’s a sur­prise because we don’t know what kind of har­vest we are going to have. It really is still a mys­te­ri­ous tree. That gives it its charm and some­times makes it irri­tat­ing.” 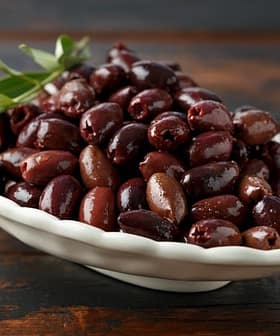 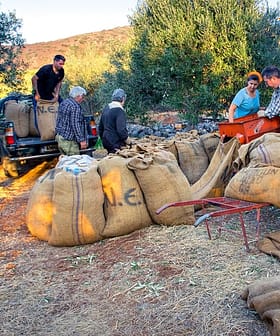 Olive oil of high quality, medium quantity and average prices with increased production costs amid adverse weather were the main characteristics of the harvesting season in Greece.

More than 20 regional olive varieties were planted at the Olive Tree Park in Termoli, Molise, which will host natural and cultural activities.